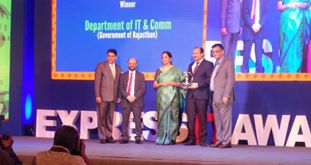 Chennai : Unfazed by global headwinds and forces of protectionism in some of the leading economies, India is all set to showcase its technological and engineering prowess to top international firms at the 6th edition of the International Engineering Sourcing Show(IESS) at Chennai,expecting significant business deals during the three-day event, beginning March 16.

Prior to the inauguration, SmtSitharaman and Mr. Manturov had a cordial meeting where a host of bilateral issues were discussed. They agreed that there is enormous potential to enhance the bilateral trade, which is presently US$ 6.62 billion. They discussed the early operationalization of International North South Transport Corridor (INSTC) that would cut the time and cost for transportation of goods between both countries. They also deliberated upon other measures to enhance the trade ties, including the proposed FTA between India and the Eurasian Economic Union, which includes Russia, Belarus, Kazakhstan, Armenia and Kyrgyzstan. The need to finalise a revised Bilateral Investment Treaty was also noted. Smt. Sitharaman also invited Russia to be the ‘Partner Country’ in India International Jewellery Show 2017 scheduled to be held in July 2017 in Mumbai and Advantage Healthcare India scheduled to be held in October 2017 in Delhi / Mumbai.

According to EEPC India, Russia coming forward as the Partner Country in this event is a testimony to the stature achieved by IESS. India has a long standing partnership with Russia in engineering sector. A large 120 member delegation from Russia is exhibiting their technology and products at the IESS 2017.

As many as 400 top global exhibitors and over 500 foreign delegates are participating in this flagship engineering eventwhich is built around the theme – “Smart Tech for Smart Engineering”, Apart from Union Ministry of Commerce and Industry, the show is also supported by Union Ministry of Micro Small and Medium Enterprises, Department of Heavy Industry and Department of Scientific and Industrial Research. The event has Flanders as the Focus Region and SIDBI as MSME Solutions Partner. This time, IESS is being held at Chennai, the nerve-centre of south India with Tamil Nadu as the host state of the event.

On this occasion, EEPC India Chairman said while the engineering exports have started growing again, the growth has come about on a low base which had formed because of sluggish performance in the last few years. “However, despite concerns of protectionism from the USA, the focus of the Trump Administration on big investment on infrastructure projects would boost the global demand for the engineering products. So, instead of seeing it as a challenge, Indian exporters must look the unfolding scenario as an opportunity in the USA”.

IESS, across its five previous editions, has left an indelible footprint of success. The fifth edition of IESS, held during 24-26 November 2015 inMumbai attracted 450 delegates from 55 countries, in Asia, Africa, Europe, North America and Latin America and 10,000 professional visitors.