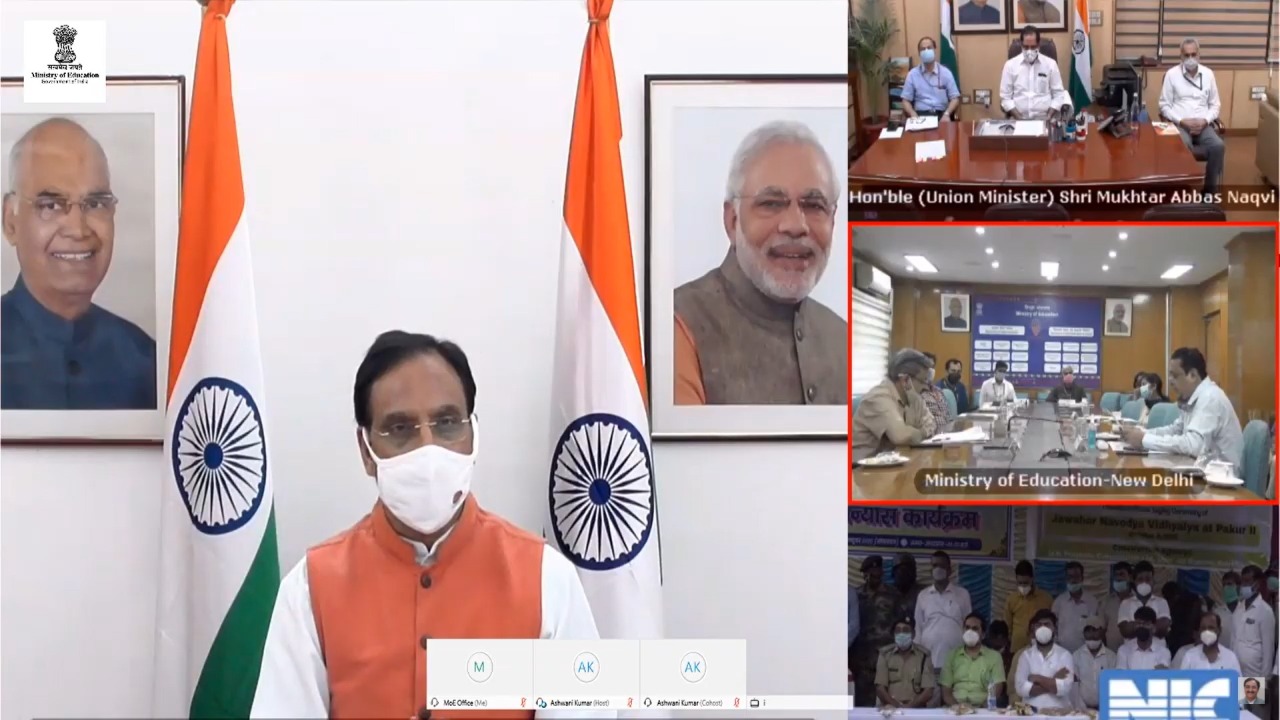 Speaking on the occasion the Shri Pokhriyal said that the JNV provides quality modern education to the talented children predominantly from rural areas free of cost from class 6th to 12th. The education includes important components like social values, environmental awareness, collective activity and physical education. Shri Pokhriyal informed that the estimated cost of construction of this JNV is Rs 42 crores and its construction shall be completed in coming 2 years. He said that the constructions of JNVs are being fully funded by Ministry of Minority Affairs. In addition to it, 4 more JNVs at Uttar Dinajpur (West Bengal), Howrah (West Bengal), West Kamang (Arunachal Pradesh), Mamit (Mizoram) are being partially funded by Ministry of Minority Affairs (MoMA) under Pradhan Mantri Jan Vikas Karyakram (PMJVK).

The quality of JNV schools is reflected by the fact that many students who have passed from JNV are working in all the prestigious fields like Civil Services, Medical and Engineering etc, Shri Pokhriyal said. This year 28 -29 students got selected in Civil Services. Last year, 4451 students in JEE Mains, 966 students in JEE advance and 12654 students in NEET have successfully qualified and 12 students have got admission in International Universities in the last three years, he added.

In total 661, JNVs are sanctioned in the country which is working to provide quality education to the meritorious children of rural areas. These schools are co-educational, fully residential and run by Navodaya Vidyalaya Samiti through 8 Regional Offices. Out of 62 newly sanctioned JNVs. The construction work in 47 new permanent campuses is at fast pace and 15 new Vidyalaya campuses are likely to be completed in the current financial year 2020-2021, Shri Pokhriyal said.

While addressing Shri Naqvi said that during the last about 6 years, Prime Minister Shri Narendra Modi led Government has developed socio-economic-educational and employment oriented infrastructure across the country in backward, deprived and Minority concentrated areas under the “Pradhan Mantri Jan Vikas Karykram”. He added that Union Ministry of Education is constructing 99 Jawahar Navodaya Vidyalayas in backward, weaker and Minority concentrated areas across the country for the first time in the history, and several of these Jawahar Navodaya Vidyalayas are being constructed jointly by Union Ministry of Education and Union Ministry of Minority Affairs.

Shri Naqvi said that the Ministry of Minority Affairs has also provided Rs 36 crore for 1173 smart class rooms in Jawahar Navodaya Vidyalaya in backward and Minority concentrated areas of the country. He added that these Jawahar Navodaya Vidyalayas will play a crucial role in providing quality and affordable education to students from backward and Minority sections also in the rural areas of the country.