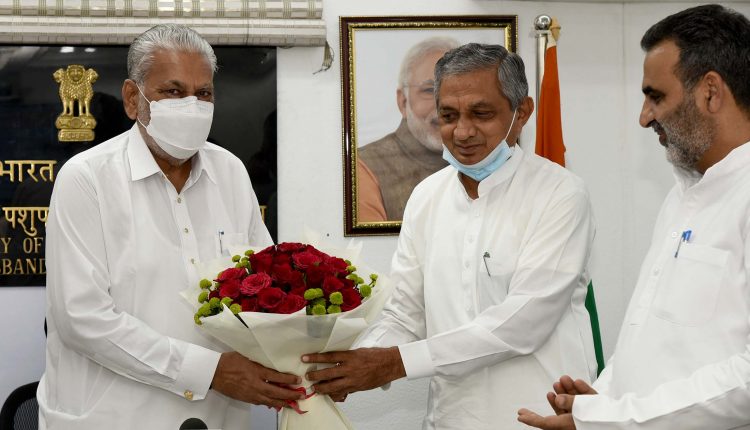 Union Minister advised the State Minister to accelerate Kisan Credit card (KCC) disbursement to livestock farmers on a campaign mode in coordination with Central Government. He also emphasized that quality testing equipments should be installed in all dairy cooperatives in the State so as to ensure quality milk is supplied to all consumers of the State.

Further, Union Minister lauded State Government for its excellent contribution in dairy sector and advised that for further growth of the sector, the State Government along with Amul Dairy should prepare aggressive action plan in coordination with Union Government.