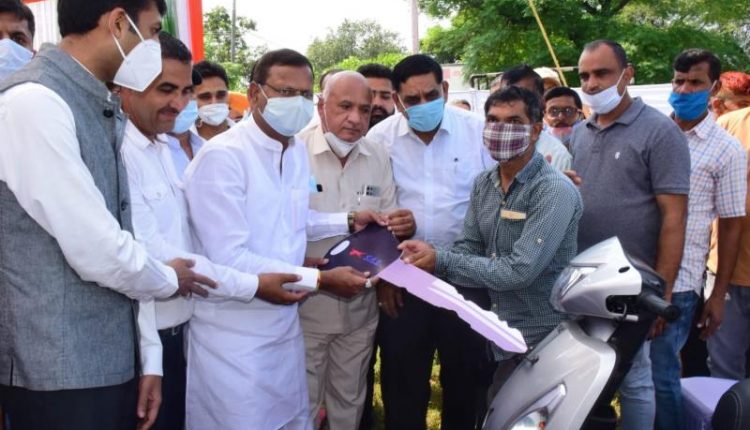 JAMMU : Central Government is committed to equitable development of the UT of J&K and to ensure this, Centre has initiated many development projects under various schemes to provide maximum benefits to the people. This was stated by Union Minister of State for Finance, Sh Pankaj Chaudhary today while addressing a public outreach programme at Bhalwal Higher Secondary School.

While speaking on the occasion, the Minister said that Central Government is committed for equitable development of UT of J&K and to provide better facilities to the general public.

Reiterating Center’s commitment towards “Sabka Sath, Sabka Vikas” the Minister said that the present government is keen to provide inclusive development and efficient governance to the people of J&k.

He appreciated the progress achieved and works done so far by the District Administration and said that indicators of development play an important role in upgrading the parameters of social economic development.

While inaugurating the facility, the Minister said that with the additional capacity of 1000 LPM OMOG Plant (Under PM Cares), the total capacity of the OMOG plants in Maternity Hospital will become 2000 LPM which will cater to almost 200 patients at normal conditions.

Later, the MoS Finance held a series of meetings with public representatives and different trade associations.

The Minister gave patient hearing to members of delegations towards their grievances and issues put in place before him. He assured to all the delegations that the government is committed to solve all their genuine issues as early as possible.