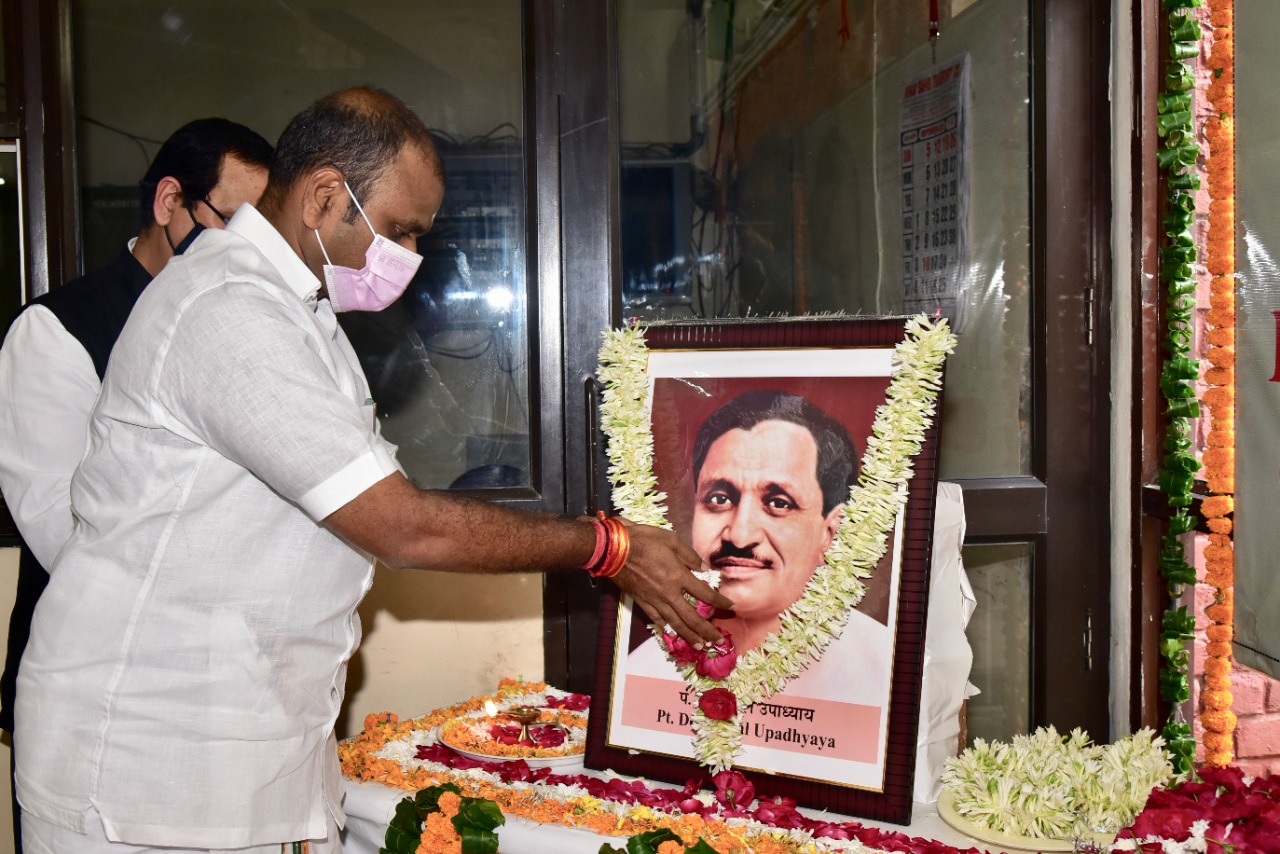 Speaking on the occasion, the Minister Dr. L. Murugan said the Government of India made special efforts during Covid-19 pandemic to make India a self-reliant nation. Deendayal Upadhyaya also had the dream of making India a self-reliant nation and for it he particularly focused on the rise of the last person of the society, which he described as ‘Antyodaya’. The Minister said Deendayalji dedicated his entire life for building India as a strong and prosperous nation.His ideals and thoughts will continue to guide the coming generations.

Dr. Murugan underlined that most people in India know Deendayal ji as a political thinker, but fact is that he was a guide to numerous journalists and eminent editors in the country and was also author of more than a dozen books both in Hindi and English. He wrote regular columns in some newspapers.

On this occasion, Dr. Murugan also released the first ever Annotated Bibliography on the literary work of Deendayal Upadhyay titled as ‘Deendayal Upadhyaya World of Literature: Annotated Bibliography’. It has been prepared by Prof (Dr.) Pramod Kumar, Professor in the Indian Institute of Mass Communication. A new magazine ‘Rajbhasha Vimarsh’and the IIMC newsletter ‘IIMC News’ were also released by the Minister. ‘Rajbhasha Vimarsh’ is edited by Prof. Govind Singh and ‘IIMC News’ is editedby Prof. Sangeeta Pranavendra.

The Minister also visited ‘Pt. Yugal Kishore Shukla Library and Knowledge Resource Centre’ and appreciated the decision of IIMC to rename the library after the legendary editor of ‘Udant Martand’, the first Hindi newspaper started from Calcutta in 1826. The IIMC library is the first memorial set up in the name of Pt. Yugal Kishore Shukla. Later, the Minister was accorded warm reception at Seminar Hall where ADG Satish Nambudiripad introduced him the IIMC activities.

Director General of IIMC Prof. Sanjay Dwivedi briefed the Minister about the current educational activities at IIMC. Dr. Murugan praised the Indian Institute of Mass Communication for a meaningful contribution to the field of media education and research.