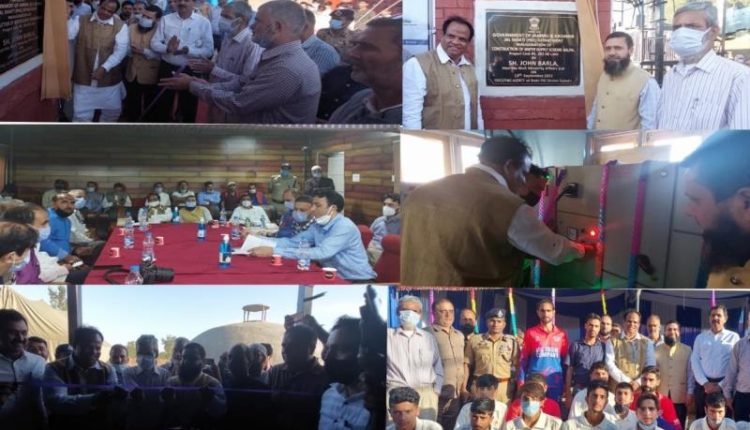 KUPWARA : Union Minister of State for Minority Affairs, Shri John Barla, who is on a two-days tour to Kupwara district under Union Government’s public outreach programme, inaugurated Water Supply Scheme at Halpal in Kupwara town today. Completed at a cost of Rs.2.82 crore, the scheme will provide potable drinking water to a population of 5000.

On the occasion, the Minister met Youth Club of the local area and visited Sub-district Hospital, Kupwara. Shri Barla also reviewed COVID19 mitigation efforts made by the district administration. He was informed that Government has provided 3000 lpm capacity oxygen plant which has benefited the district to a large extent.

Regarding COVID-19 mitigation efforts, the Union minister was informed that the recovery rate in the district is 98.60 percent till now, while as vaccination rate of above 45 age is 100 percent and from 18 to 44 year age is 56 percent.

Besides Deputy Commissioner Kupwara Imam Din, other concerned officers were present at the occasion.