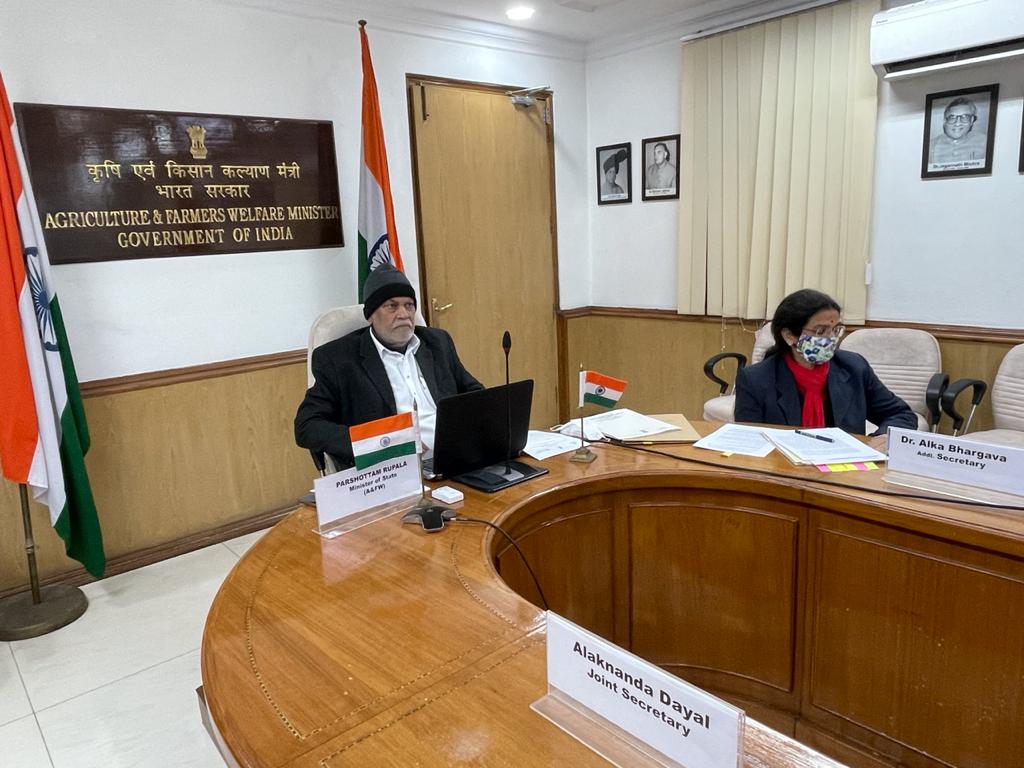 New Delhi: The agriculture sector is the backbone of the economy of the country. The Government accords the highest priority to this sector and has taken several vital steps in Agriculture to improve the socio economic status of the farmers to improve their lives.

Inspite of uncertainty during the lockdown period one activity which gave continuous hope and certainty was only Agriculture activity and the reassurance of food security. Throughout India, a number of farmers and agriculture labours sweated and toiled against all adversities. Their untiring efforts coupled with timely interventions by the Central and State Governments, ensured that there was minimal or no disruption to harvesting activities and the continued harvesting of the Kharif & Rabi crops and sowing of summer crops.

This Conference is going to review and assess the crop performance during the last crop season and fix crop-wise targets for Zaid/Summer season in consultation with State Governments, ensure supply of critical inputs and facilitate adoption of innovative technologies with a view to enhance production and productivity of the above crops. Growing of Summer crops provides not only additional domestic requirements of food grains and feeding livestock but also an additional source of income to farmers.

A target of 51 lakh has been fixed to cover summer season with pulses, oil seeds and nutri-cereals crops this season. Further, as per 4th Advance Estimates (2019-20), total food grains production in the country is estimated at 296.65 million tonnes, and horticulture production 319.57 which will be an all time record in 2019-20. The pulses and oilseeds production is at 23.15 and 33.42 million tonnes, respectively. Production of cotton is being estimated at 354.91 lakh bales with which India is set to rise to the top producing countries in the world. On the production and productivity fronts, the horticulture sector has also outperformed conventional food grain crops. This year has established a milestone in the history of Indian agriculture. This has become possible with the strenuous efforts made by farmers. Government of India has enhanced the budget allocation to agriculture in 2020-21 to make our farmers prosperous on production and income fronts both.

Government will make all out efforts to make the agriculture sector self reliant and entrepreneurial mode by developing necessary strategies, improved production technologies, creating new market opportunities and developing agricultural infrastructure to take the Nation to a new Horizon under the dynamic leadership of our Hon’ble Prime Minister Shri Narendra Damodardas Bhai Modi ji.

Union Minister of State for Agriculture and Farmers Welfare Shri Parshottam Rupala wished that summer season crops are required to be promoted with a slogan “Extra Season, Extra Crop and Extra Income for Prosperity”.