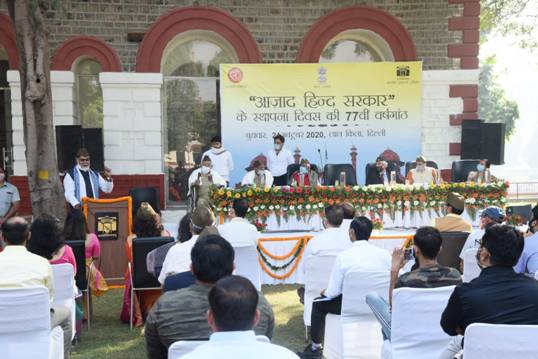 The Culture Minister congratulated the nation on the proud occasion of 77th anniversary of formation of Azad Hind Government. Speaking on the occasion, he said that the young generation of our country needs to learn from the supreme sacrifice and leadership of Netaji Subhas Chandra Bose. He thanked the able leadership of the Prime Minister who is taking this journey ahead with full zeal and confidence.

The Minister said that next year the nation will celebrate the 75th anniversary of freedom and the year will also mark the 125th birth anniversary of Subhas Chandra Bose. The nodal agency for celebrating both these occasions is Culture Ministry, he informed.