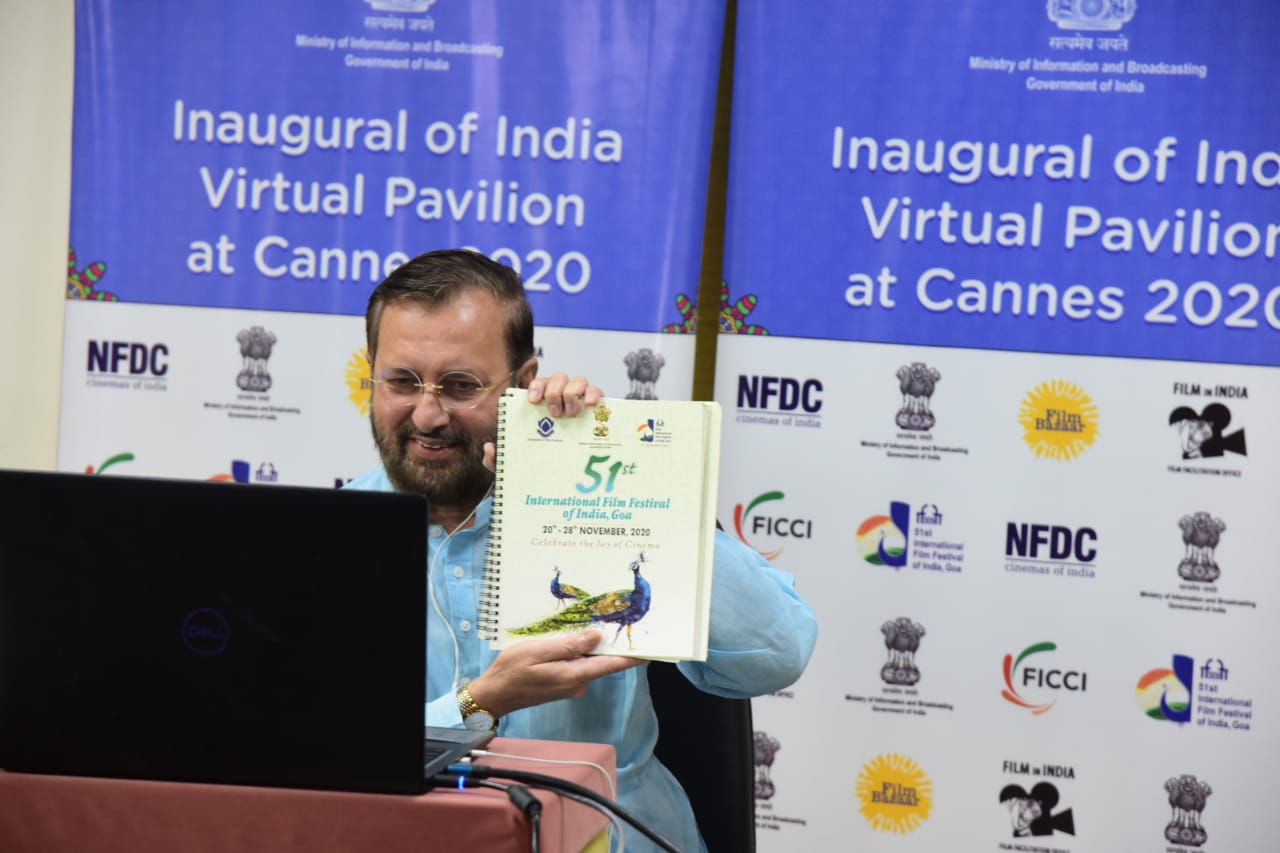 Addressing the film fraternity and film lovers across the Globe, the Minister said “virtual inaugurations are the new normal and these virtual spaces are the new places for real partnerships”. He added that films are India’s soft power and the film facilitation office would be made a single window for all Center and State government permissions. The Minister invited international film fraternity to come shoot in India and sell in the world market. The Minister express hope that the two films sent to Cannes from India would be appreciated world over.

The India Pavilion would serve as an information dissemination point about India and the Indian cinema for the global film community. The pavilion would also facilitate business meetings and linkages between filmmakers and other media and entertainment industry stakeholders.

During June 22 – 26, 2020, the India Pavilion is organizing various sessions on areas of topical interest: Future of films in a post COVID world, Come, Film in India, Taking Indian Content to Global Markets: Importance and Role of film festivals in the age of Digital Platforms, Export of Indian Film Services to the world/Servicing the World Entertainment, and re-energising co-productions.

University of Glasgow: £3.6M Awarded To UofG-Led Project To…

Three roundtables, with Film Commissions, Film Festivals and Film Funds are also set to be organized to discuss threadbare the ideas on promoting Indian films and to anchor partnerships between the domestic and global media & entertainment industry players.

Also, to mark the centenary year of the legendary filmmaker Satyajit Ray, the Virtual India Pavilion is showcasing some of his exquisite work: Ganashatru, GhareBaire, Agantuk, and Music of Satyajit Ray at the Pavilions website.

The Minister also inaugurated the poster and festival booklet for International Film Festival of India 2020 to be held from 20th to 28th November in Goa.

Singer Manie Singh Stands with the World in his New Release

PolyU: PolyU to enhance undergraduate curriculum from the 2022/23 academic year…

iednewsdesk Sep 21, 2021
A new drug has shown promise in slowing the regrowth of tumours among some bowel cancer patients, according to…