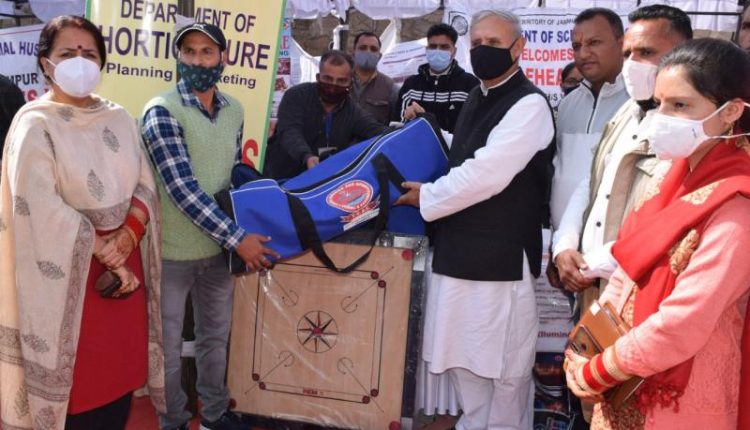 Speaking on the occasion, the Union MoS expressed satisfaction over implementation of several government schemes in the district. He appreciated the efforts of district administration as well as various departments for effective implementation of government schemes in the district. The Union Minister reiterated that after abrogation of Article 370 from J&K many changes are visible at the ground level.

He said that the Government is eagerly working to put Jammu and Kashmir on the path of development and numerous innovative steps have been initiated in this regard which have yielded positive results. He called upon the officers to make dedicated efforts towards taking the benefits of all government schemes to the targeted sections of the society. He urged the public to come forward and to avail the maximum benefits of various schemes.

Interacting with the PRIs, the Union MoS emphasized that the Government has empowered public representatives in increasing the pace of development in all sectors and upliftment of socio economic condition of common people. He also informed about the initiatives being taken by the Prime Minister of India for the betterment of farmers and to double their income by 2022.

Different Government Departments like Agriculture, Horticulture, Sports, Health, Animal Husbandry, Sheep Husbandry, Social Welfare, Handicraft and Handloom had set up their departmental awareness stalls. The Union Minister along with DC inspected the stalls set up by various departments for disseminating information about welfare and other schemes launched by the GOI.

After the conclusion of the programme, the Union Minister also visited at District Industries Centre Udhampur where he interacted with representatives of Chamber of Commerce, Industrialists and listened their issues and demands