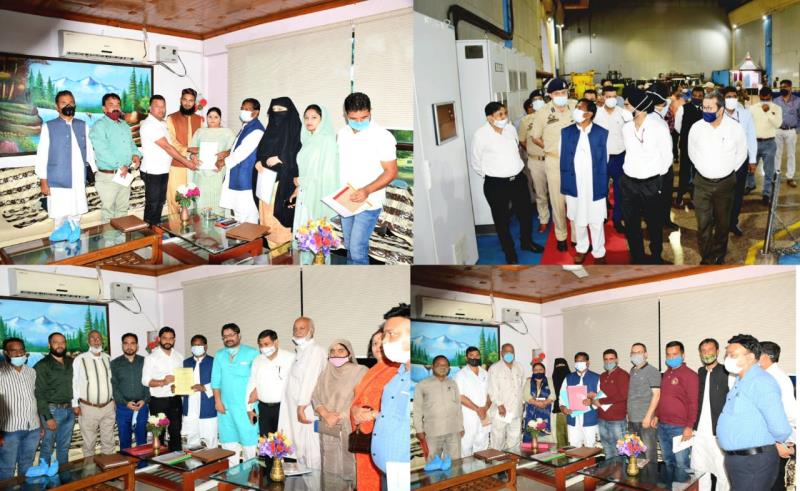 During the interaction, the MoS discussed various issues with PRI representatives in the effective implementation of three-tier Panchayat Raj system across Jammu and Kashmir.

Speaking on the occasion, the Minister urged the PRI members to work with utmost dedication in effective monitoring of Developmental works and asked them to work in tandem with the local administration for the timely redressal of public grievances.

He urged the elected members to act as a bridge in the resolution of public grievances and help to plug in the gaps in the developmental scenario of UT.

The MoS further asked the PRI members to play a role in public awareness regarding various beneficiary and social welfare schemes meant for downtrodden sections of society so that benefits of the same could be percolated to ground level.

He asked the local administration to conduct special awareness campaigns for the same from the grass root level.

Meanwhile during the interaction, BDC chairpersons, DDC members and Municipal Councilors apprised the Minister about various important issues and demands of the district. They also shared their experiences with the Minister and appreciated the Central Government for strengthening the participative democracy in J&K.

Later, the Minister also visited the site of Dul-Hasti HEP Power House and inspected the ongoing works there.