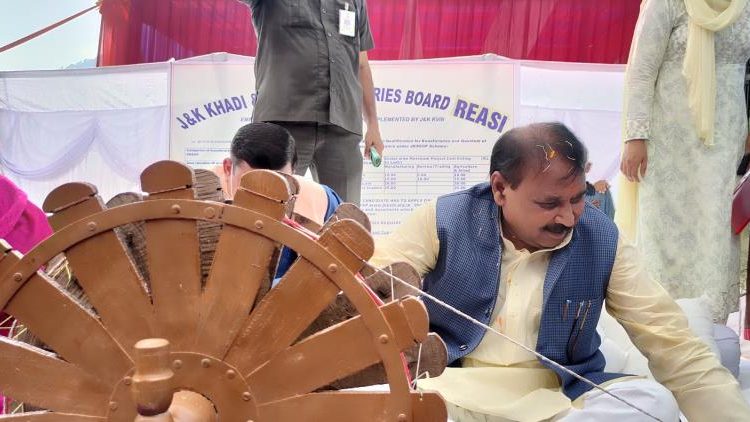 The Union minister attended an outreach camp at Arnas where he listened issues raised by DDC members, BDC chairperson, Sarpanches and general public.

The Minister gave a patient hearing and assured that the demands and grievances projected by the delegations have been taken note of and the same would be put up with appropriate authorities for their timely redressal.

After a ceremonial lighting of lamp to commemorate the Gandhi Jyanti the minister highlighted the importance of Gandhian Philosophy in these contemporary times.

The minister asserted that the objective of these public outreach camps is to gather feedback about the schemes directly from the public. He also highlighted the commitment of the Prime Minister towards the proper implementation of all the schemes and initiatives by the government.

The minister said that Ujjawala 2.0 has been launched to cover one crore left-out beneficiaries. Shri Verma lauded the effort of the Army, ParaMilitary, Police and the public for bravely repelling any foreign nefarious designs. He stressed upon creation of more SHGs and clusters for the empowerment of women.

The Union Minister appealed to the Youth to avail the benefits of the MSME schemes. He also highlighted the scheme launched for the revival of the business unit under MSME.

Later, the minister inspected the under construction highest railway bridge at Kauri where he interacted with the engineers. He was provided an overview of the project and the processes and techniques involved in its construction.

A brief about the achievement of the district was presented to the minister by the Deputy Commissioner.