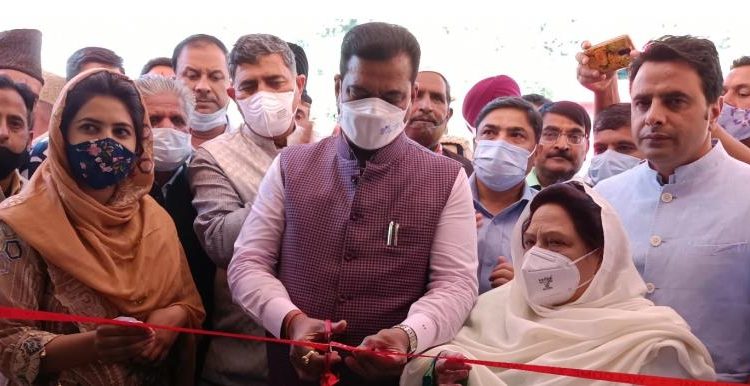 POONCH : As a part of the Centre’s Public Outreach initiative to Jammu and Kashmir, the Union Minister of State for Panchayati Raj, Shri Kapil Moheshwar Patil today visited Poonch.

During the first day of his tour, Shri Moheshwar took part in a series of events and activities that witnessed participation of public, officials and delegations.

Various demands were raised by PRI and locals during the Public outreach programme.

During the tour, the Minister paid obeisance at Dera Nangali Sahib Poonch. Gurudwara management honoured the Minister with Siropa and gave a memorandum of various demands. The Minister assured them to fulfill their demands.

Thereafter the Minister visited Shri Amarnathji Shrine Mandi where he performed pooja and prayed for the well being and prosperity of all countrymen.

People gathered at different locations on the way to Loran to welcome the MoS. People tied the traditional Turban and thanked MoS for coming to such a far flung area and listened to their demands.

The Minister told the public that all their grievances have been documented and the same shall be redressed with the intervention of the concerned quarters.