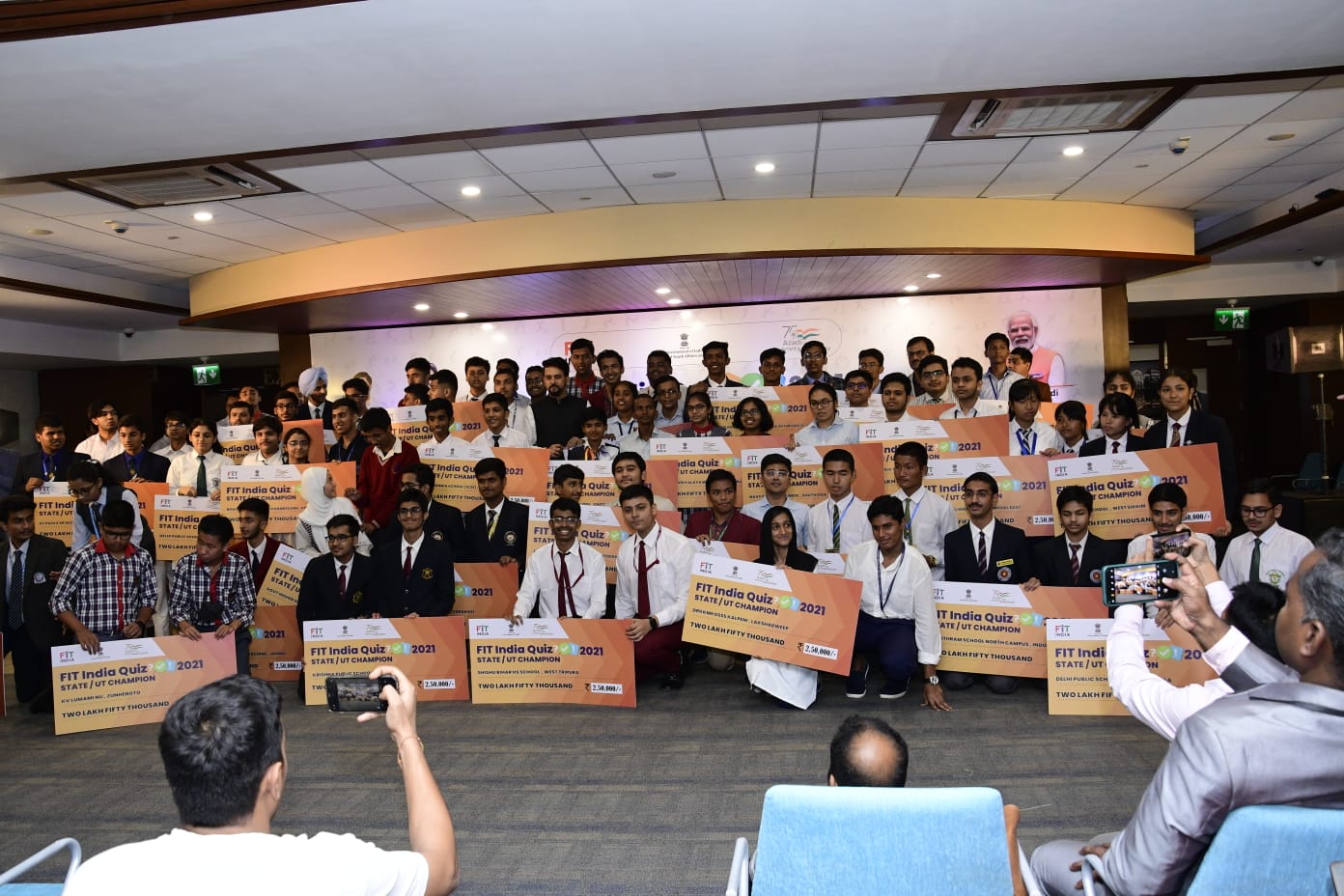 Cash prize amounting to Rs. 99 Lakhs was  awarded to 72 students and 36 schools from across the country. 360 schools competed in the State Rounds which took place during the months of February and March, 2022.

Addressing the winners Shri Thakur said: “Fit India Movement has gathered momentum with several initiatives and fitness campaigns such as Fit India School Week, Fit India Freedom Run, Fit India Cyclothon, and many others. 9.03 crore people have been part of this massive campaign.”

The Minister further said “the Fit India Quiz will promote Fit India Movement, promote awareness on sports and fitness and lead to the creation of a Healthy and Fit India in line with the vision of Prime Minister Shri Narendra Modi”

“Each one of you is now an ambassador of sports and fitness”, the Minister told the students requesting them to spread the word on Fit India Mobile app as well.

The Minister recalled that Prime Minister launched ‘Fit India Movement’ with the vision of making India a Fit and Healthy Nation. “Khelo India and Fit India have been among the most successful campaigns in India” he added.

The Minister asked the students to think not only about their career streams, but also about the area in which they would want to contribute to the development of the nation. Speaking about the ongoing celebration of Azadi Ka Amrit Mahotsav, he reminded the students that we need to think not only of our rights, but also of our responsibilities as laid down in the constitution.

About the Fit India Quiz

Launched with the aim to create awareness among students about India’s rich sporting history, the Fit India Quiz saw participation of 36,299 students in the preliminary rounds where 13,500 schools competed online on a platform hosted by National Testing Agency (NTA).

Out of this, 360 selected schools competed in the State Rounds. After a series of quarter-final and semi-final rounds, the finalists from 36 States/UTs have been identified for participating in the National Finals.

36 teams (two students in each team) of the state rounds and their school representatives have been awarded prize money, with the School being awarded Rs. 2,50,000/- and two students being rewarded Rs. 12,500/- each.

The National Round of the Fit India Quiz now begins which will be telecast on Star Sports.

Complete List of Winners can be found in attachement