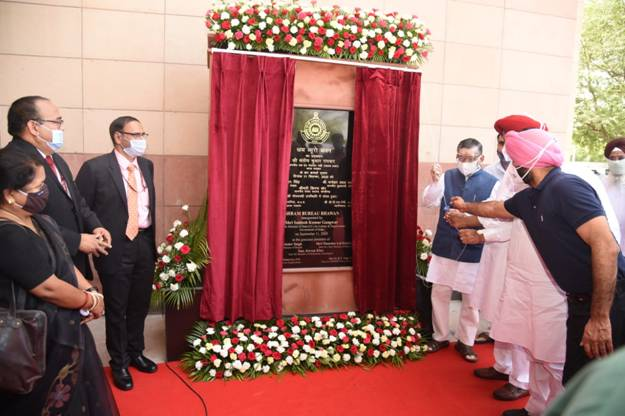 Shri Santosh Kumar Gangwar said on the occasion that data on all aspects of labour is crucial to serve as inputs in policy making and this justifies the existence of an organization like Labour Bureau dedicated to labour statistics. With the ever increasing importance of data in the times to come coupled with the fact that India is a labour abundant nation, a dedicated organization for labour statistics like the Bureau merits strengthening.

Shri Gangwar said this year, the Bureau is making impressive strides on all the fronts. From the launch of a much needed logo after 100 years of its existence to moving to a new building and most importantly to being entrusted with two big surveys on professional bodies and domestic workers. He said Labour Bureau has been mandated the task of collection of data on recently proposed four labour codes.

Haryana, Labour Minister Shri Anoop Dhanak, and Punjab, Labour Minister, Shri Balbir Singh Sidhu, said that state nodal officers of Department of Economic & Statistical Analysis and the Labour Department, Haryana have been pillars of regional support and undertook fieldwork on behalf of Labour Bureau on numerous occasions in the past.

The Bureau is highly acclaimed at national and international level for its price indices, administrative statistics and labour related surveys data. Labour Bureau brings out CPI-IW index on monthly basis which is used for regulation of Dearness Allowance and wages of millions of workers and employees belonging to Central and State Governments in the Country. Besides the CPI-IW, the Bureau compiles the CPI-AL/RL index which is used for fixation of minimum wages in scheduled employments in rural areas under the Minimum Wages Act 1948, MGNREGA wages and revision of cooking cost under mid-day meal scheme, fixation of procurement/minimum support prices (CACP), undertaking cost studies, estimating poverty in rural areas.

The Bureau is also recognised for unique surveys like the “occupational wage survey” which make it the lone organisation in India which has occupation wise wage data across wide ranging sectors. The Bureau is also repository of vital administrative statistics collected under the various Labour Acts.