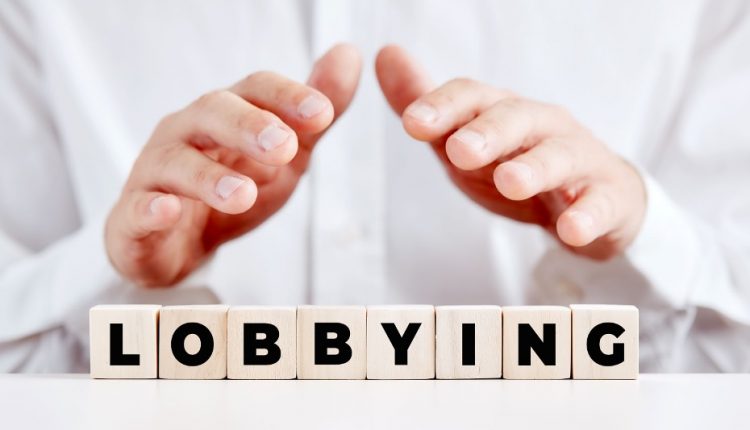 In Brussels, non-governmental organisations (NGOs) lobby hard on issues that are already on the political agenda, while companies lobby on issues they would like to see added to the agenda. ‘And ultimately, influence on agenda setting carries far more weight,’ says political scientist Marcel Hanegraaff, who studied how lobbyists influence agenda setting in the European Union. According to Hanegraaff, the growing influence of companies – and multinationals in particular – can be problematic because they often focus on their own interests and the short term.

Political scientist Marcel Hanegraaff’s interest in agenda-setting lobbying was triggered by previous studies on corporate lobbying in the European Union. These studies concluded that corporate lobbying is no longer as influential as it used to be. This conclusion was at odds with public opinion and really surprised Hanegraaff too. He discovered the absence of an important policy phase in these studies. ‘They looked at how lobbyists try to exert influence as soon as issues are put on the agenda and policy is being developed. However, they failed to consider who influences what actually gets onto the agenda.’

With this in mind, Hanegraaff decided to focus on how the political agenda in Brussels is set and found an influential lobbying group made up of multinationals in particular. The growing influence of multinationals on agenda setting can be problematic because most of them are for-profit companies and focus on the short-term.

Companies have the most contacts
At the European level, the European Commission decides what will be put on the agenda and which policies will be developed. To find out which role NGOs and corporate lobbyists play in this process, Hanegraaff started by monitoring contacts. Which lobbyists are in contact with Commission members and how do these contacts develop over time? Hanegraaff found that the role played by multinationals has actually grown and not shrunk, as the studies above concluded. ‘I looked at the number of contacts between lobbyists and Commission members to establish the access that companies have to the Commission, information that is simply available,’ Hanegraaff explains.

Companies are closer to the Commission’s own position
Hanegraaff’s findings supported his hypothesis that companies do lobby successfully but in a different phase. However, they do not generate much information about the influence companies have on how policy is shaped. To gain more of an insight into the latter, Hanegraaff spoke with nearly 80 lobbyists from companies and NGOs and followed agenda setting for a number of years. What do the lobbyists themselves want, how do they position themselves on certain issues, what do they think other parties want and what, ultimately, forms the basis for policy?

Although Hanegraaff is still working on the above analysis, he is already able to conclude that companies are closer to the Commission than NGOs as regards issues and priorities, while NGOs are closer to public opinion in respect of positioning and the issues they raise. ‘This is because companies have more intensive contacts with the Commission and easier access to it as a result,’ Hanegraaff says, ‘but also because the Commission focuses its policy on companies more. After all, the EU is an economic project first and foremost.’

Influence on agenda setting carries more weight
The strong lobbying by multinationals with a view to influencing agenda setting could also explain why NGO lobbying is more visible when policy items are already on the agenda. ‘The main object for NGOs is to dilute many of these items, which are often motivated by economic interests. However, an influence on agenda setting ultimately carries more weight. It is far more difficult to achieve changes to policy items later in the process, so companies have the edge when lobbying the Commission.’

It is not down to the quality of lobbyists
Hanegraaff believes that it is not the quality of lobbyists that enables companies to exert a greater influence on agenda setting. ‘Companies only have more power because they have more resources and therefore more lobbyists. NGOs need to choose their themes far more strategically, taking their donors into consideration and also how mediagenic a theme is. For example, there is often a great deal of support for themes like the environment and human rights, but the same does not apply for issues like food safety. NGOs mainly lobby on issues that are popular with the public.’

Hanegraaff believes that NGOs would benefit from focusing more on agenda setting and also from highlighting the potential consequences of certain policy decisions, so that greater attention is paid to them in public debate. ‘Thankfully, NGOs are still able to consult the Commission, because of which they are in a position to lobby effectively. If they were able to do this in an earlier phase of the process, it is possible that they could be even more successful. However, it is the Commission’s responsibility to ensure that all of the various parties are involved in the process, including the agenda-setting phase,’ Hanegraaff says.