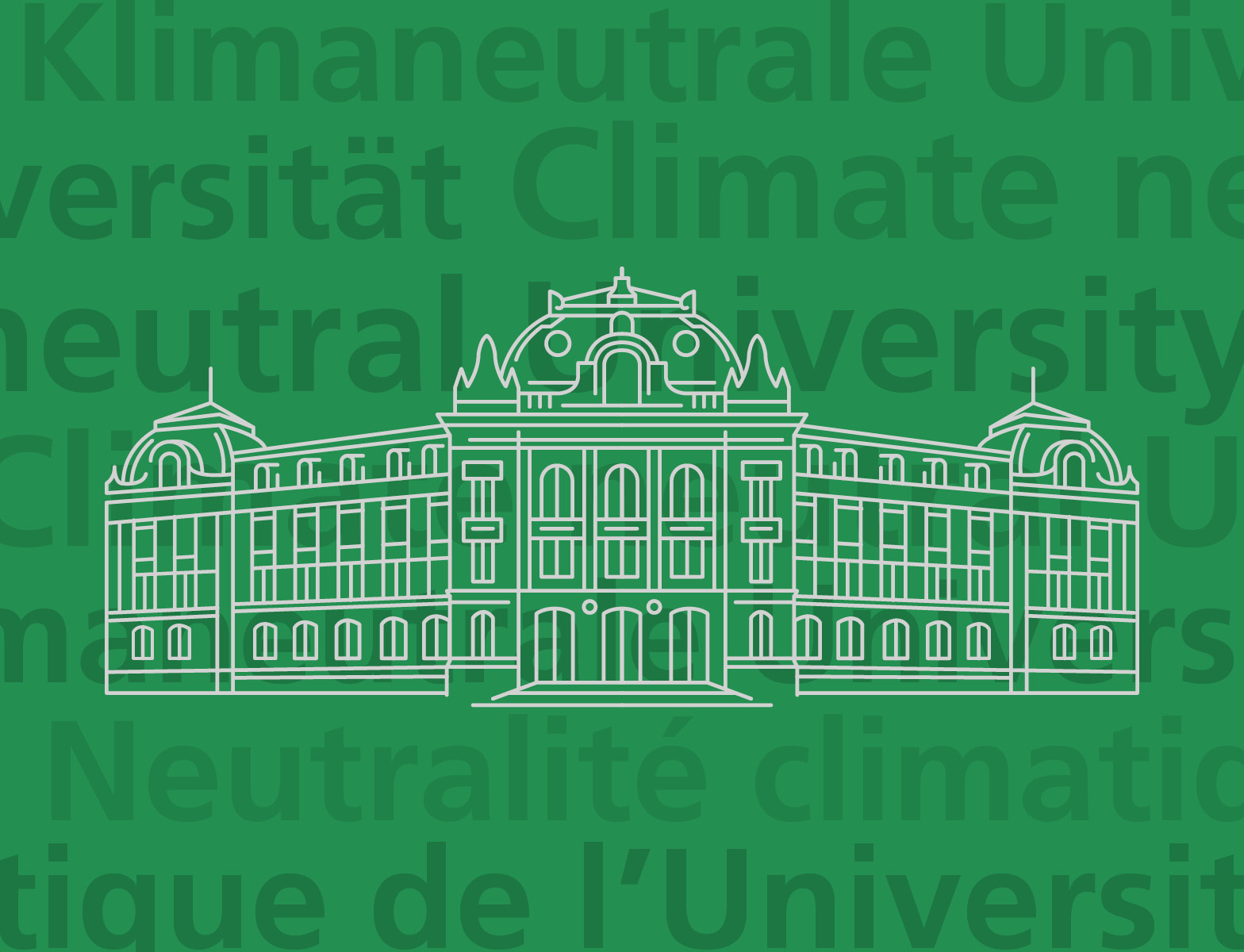 University of Bern wants to be climate-neutral by 2025

The University of Bern has set itself the goal of becoming a climate-neutral institution by 2025 in all areas in which it has a direct influence. This ambitious goal is not only a necessity for the University of Bern due to continued unchecked warming, but also a question of credibility, as it is one of the world’s most recognized research institutions in climate change research.

The Federal Council has decided that starting in 2050 Switzerland, on the whole, should no longer emit greenhouse gas emissions in order to meet the internationally agreed goal of limiting global warming to well below 2°C compared to the pre-industrial era. The Canton of Bern is now discussing the goal of “climate neutrality by 2050”. The University of Bern has set itself the goal of becoming climate neutral as an institution already by 2025.

“We are aware that this goal is ambitious,” says Christian Leumann, Rector of the University of Bern: “It requires all of us to be willing to question habitual activities and established procedures. Universities face a particular challenge with regard to the goal of climate neutrality: CO2 emissions from air travel are considerable at research-intensive universities such as the University of Bern. It is not possible for international research scientists to do without air travel altogether, but they can make greater use of the potentials of avoiding and reducing air travel.

Leading the way in sustainability
The University of Bern is one of the world’s most important research institutions in the fields of climate change, biodiversity, and land-use research, and has done pioneering work in these areas. Climate research at the University goes back to Hans Oeschger, who founded the Department of Climate and Environmental Physics in 1963 and who was one of the first experts to raise the alarm about human-made climate change. Researchers at the University of Bern are active all over the world, such as Thomas Stocker, who played an important role at the Intergovernmental Panel on Climate Change IPCC for the Paris Climate Convention of 2015, and Peter Messerli, who presented the first World Sustainability Report in New York in September 2019. Researchers from the University of Bern were also majorly involved in the first report on the global state of biodiversity of the World Biodiversity Council IPBES in 2019.

Coventry University academics and WHO help create an…

University of the Highlands and Islands: SSE Renewables’…

Lancaster University: From ‘fatbergs’ and farm run-off to…

With the newly founded Wyss Academy for Nature, the University of Bern aims to make a concrete contribution to sustainable development and to massively strengthen its position both nationally and internationally. “Sustainability is a hallmark of our university,” emphasizes Rector Christian Leumann, “For us, taking concrete measures towards climate neutrality is not only a necessity due to continued unchecked global warming, but also a matter of credibility.”

Analyze, reduce, offset
The university’s goal of climate neutrality by 2025 first requires that potential measures be thoroughly analysed and planned. In the first phase, which is currently underway, the university is drawing up its carbon footprint with the help of an external consulting firm. The analysis involves identifying all areas in which CO2 emissions are directly or indirectly generated and determining which the university can influence. In the second phase, the university will use the CO2 footprint to determine the reduction potential and define reduction measures.

Guidelines for business trips
Business trips are a key starting point for achieving the goal of the climate-neutral University of Bern. Already today, all employees of the University are obliged by the regulations for cantonal personnel and the University’s rules about expenses to reduce their air travel to a bare minimum. In addition, the University Executive Board has decided on a “traffic light” scheme which will determine for which European destinations the train must be chosen, and for which destinations the train has priority over air travel. In order to meet these requirements and to provide optimal support for travelers on their planned business trips, the University’s employees will, in the future, be able to take advantage of a centrally organized service provided by a professional travel agency: a comprehensive service, straightforward, digital, and needs-oriented. This support will relieve a burden on researchers and allow them to concentrate on their core responsibilities.

The Swiss Alps continue to rise

Lancaster University: From ‘fatbergs’ and farm run-off to species loss and algal…

Lancaster University: From student protests against Apartheid to business triumphs,…

University of the Highlands and Islands: SSE Renewables’ £550k contribution…

iednewsdesk Jan 15, 2022
An independent report has found that an outreach programme from the University of the Highlands and Islands has…

Lancaster University: From ‘fatbergs’ and farm run-off to species loss…

Lancaster University: From student protests against Apartheid to…

University of Technology Sydney: Australia is dragging its feet on…