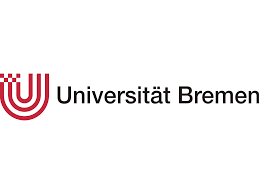 University of Bremen: Dance with the volcano – the East German shipyards and the Bremen volcano

A research project deals with the question of what influence the transformation in East Germany has on economic structures to this day. Which leads to Bremen will be highlighted on Thursday, January 28, 2021 at 6 p.m. in a digital lecture followed by a discussion
It is a controversial case not only in Bremen today: Vulkan-Werft AG, which participated in the privatization process in East Germany with the support of EU funds. The then chairman of the board, Friedrich Hennemann, was able to turn his vision of a large maritime corporation into reality. In addition to the GDR shipyards in Wismar, Rostock and Stralsund, some West German companies were also on the shopping list.

The Bremer Vulkan went bankrupt in 1996 and caused a decisive structural crisis for the affected regions. Many disappointed people stood in front of the shipyard gates in the east and west. The Bremen citizenship convened a committee of inquiry in 1997. He should clarify the question of whether the traditional company embezzled EU funding and what role Bremen had played in all of this. The legal disputes ended in 2010 with a settlement. The structural and economic challenges remained.

Online lecture and discussion with a former State Councilor
Heiner Heseler, former State Councilor to the Senator for Economics and Ports and a shipbuilding expert, will report on his experiences at the digital event, shed light on the consequences and discuss structural policy lessons. All interested parties are cordially invited!
The event will take place on January 28, 2021 at 6 p.m. digitally via zoom. Registrations at: office-guenther@uni-bremen.de

University of Bristol: Study finds national data may be underestimating illicit drug use in young people