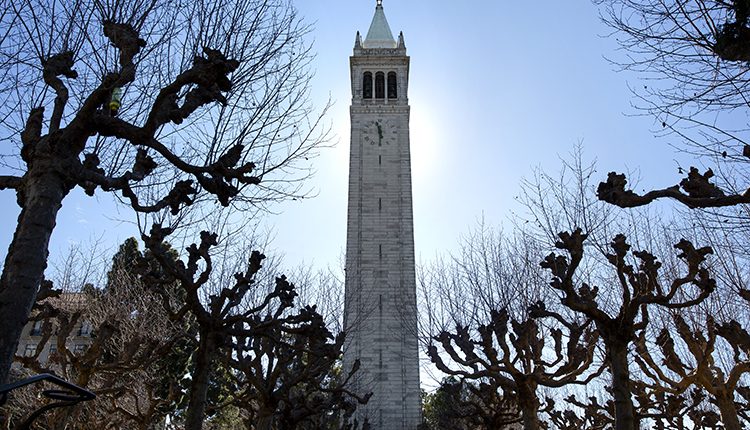 Despite the ongoing pandemic, it has been a banner year for University of California, Berkeley, research.

The campus’s budget for sponsored projects, involving mostly research and training, rose by 30% in the fiscal year ending June 30 — an increase of $240 million from the previous year. This was due primarily to a nearly 50% increase in funding from the federal government and robust growth in support from private foundations.

As a result, UC Berkeley’s funding for research and other sponsored projects — including $70 million in federal funds to offset the financial impacts of the pandemic — topped $1 billion for the first time in campus history, totaling $1.05 billion.

While a couple dozen other U.S. universities have billion dollar-plus research budgets, nearly all have medical schools that draw significant funding for clinical research from the National Institutes of Health (NIH). UC Berkeley has no medical school, but with its focus on basic multi-disciplinary research, it has excelled at bringing in research dollars across a broad range of disciplines and from many different federal and private funding sources, including the National Aeronautics and Space Administration (NASA), the National Science Foundation (NSF), the NIH, the Department of Education and the Department of Defense, as well as private funders, such as the Simons Foundation.

The prospects look good for a repeat in the current fiscal year, which began July 1: The campus has already recorded $182 million dollars in grants during the first six weeks.

“One billion dollars is a great number to break through; it’s a milestone,” said Randy Katz, UC Berkeley vice chancellor for research. “And we are on track to better that number this year. There is always some momentum from the previous year, but it is a good and, I hope, sustainable trend that we are doing very well in terms of competitive grants.” The campus’s sponsored projects budget has been fairly steady since fiscal year 2011, but rose substantially in fiscal year 2021, topping $1 billion for the first time.

This comes on top of a strong 2020-2021 fiscal year for private philanthropy, in which the campus raised $879 million in gifts, pledges and private grants: the second-best fundraising year on record and the highest ever for the number of gifts.

Over the past decade, UC Berkeley’s research funding has averaged about $740 million annually, with approximately half coming from the federal government. The research, both basic and applied, has led to breakthroughs like CRISPR-Cas9 gene editing and cancer immunotherapy; key discoveries about the structure and composition of the universe; and critical insights in history, literature, public policy and law. The funds also support students — undergraduate and graduate — and postdoctoral fellows and help train the next generation of academic researchers and teachers.

Last fiscal year, the campus received major awards that kicked the federal funding up about $200 million above the 10-year average, to $605 million. These included:

Katz noted that many of these large grants are UC Berkeley-led collaborations with other institutions, recognition that campus faculty are leaders in their fields.

“Berkeley has been very successful in the last year in participating in and leading major federal funded research centers, in quantum information systems, in artificial intelligence, in advanced chemistry, in infectious disease, in space science,” he said. “The faculty have an appetite to organize both on campus and nationally in order to put together highly competitive proposals in major breakthrough research areas, and we are winning those.”

Federal funds awarded through the Higher Education Emergency Relief Fund (HEERF), which was created to address the financial impacts caused by the COVID‐19 pandemic on college campuses, pushed UC Berkeley’s outside funding over the billion dollar mark. Of the $155 million in HEERF funds received by the campus, all of which were awarded based on documented losses the campus sustained, more than half were passed directly to students. The remaining $70 million — included in the campus’s $1.05 billion sponsored projects budget, in keeping with the practice at all U.S. colleges and universities — compensated the campus for lost tuition and housing revenue and other COVID-19 expenses, including testing of students, faculty and staff.

Katz emphasized that the billion-dollar milestone is not a fluke, but the result of planning by fore-sighted faculty and administrators to build the campus’s research in areas that promised to be important priorities for the U.S. government and scientific leaders at the national funding agencies. As the pandemic winds down and research returns to normal, current areas of focus — artificial intelligence, data science, climate, environment, energy and the science of health — position the campus for continued success in the competition for federal research dollars.

“We are very well-aligned to bring in our faculty to submit proposals and get the funding that then is going to support students and attract the best graduate students and postdocs,” he said. “This virtuous cycle is all kick-started by federal funding.”