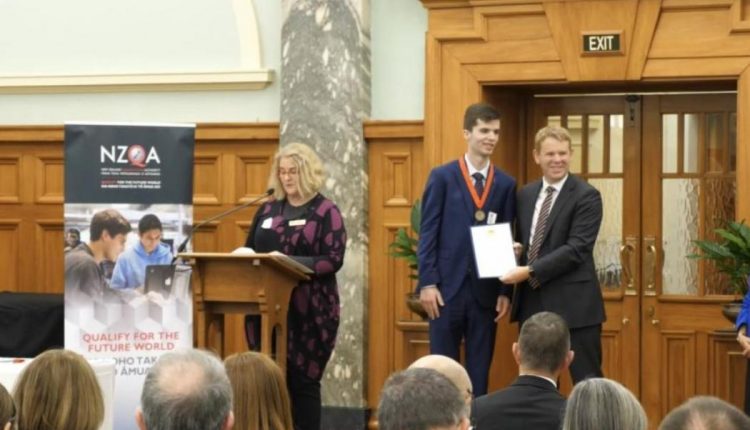 An impressive student: John-Paul Lay finished high school only last year, received a prestigious award and has now fast tracked his study by jumping straight into the second year of Engineering at the University of Canterbury.

By India Education Diary Bureau Admin On May 30, 2021
Share
University of Canterbury student John-Paul Lay has received a Premier Award at the New Zealand Scholarship Top Scholar Awards, presented by the Prime Minister and Minister of Education at Parliament.

The Premier Awards recognise a student’s achievement of at least four New Zealand Scholarships subjects, including three or more at Outstanding level.

“I feel very privileged and honoured to receive this award,” says John-Paul.

“I had set this as a goal and worked very hard to achieve it. It also recognises the effort put in by my peers, family, and teachers that made it possible for me to attain the award.”

This year, John-Paul is studying Electrical and Electronic Engineering at UC, after gaining direct entry into the second year.

“The focus on solving real world problems appeals to me and the wealth of opportunities has reinforced my interest in the discipline,” says John-Paul.

“I am particularly interested in the integration of intermittent energy sources into the power grid, such as solar and wind, and ways to ensure the stability and reliability of a grid that in New Zealand will face a large increase in demand over the coming years.”

University of São Paulo: In 2021, USP has more than 50% of incoming students from public schools