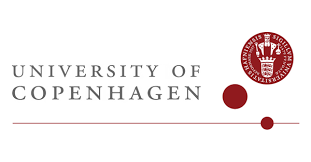 INSECTS The spirea aphid, Aphis spiraecola, an invasive pest, has been discovered for the first time in Denmark by University of Copenhagen researchers. The extent of its current distribution remains unknown, but in time, it could prove to be a troublesome pest for Danish apple growers.
Aphis
Whether the discovery of this aphid in Denmark is an isolated incident, or if the species has made itself at home due to a milder climate, remains unknown to the researchers. Closer investigation is needed. Photo: UCPH/Uni.Budapest
In a collaboration with colleagues at the University of Budapest, University of Copenhagen researchers have analysed and compared a number of samples of green aphids from apples around the world and discovered a new apple-loving pest in Denmark.

The bright greenish yellow spirea aphid—Aphis spiraecola— which most likely originates in East Asia, has gradually become a widespread pest in tropical and temperate regions around the planet. While it is especially problematic for citrus and apple trees, it can attack many other plant species. The aphid has been in the United States for the last 100 years and was discovered in Mediterranean countries in 1939. However, the spirea aphid has never been witnessed in the Nordic countries before.

“It is a serious pest that is more well known in countries a touch warmer than Denmark and is particularly harmful to citrus crops. It was identified in Germany in 2000, and the Baltic states a few years later. Now, it is here in Denmark. So, this is definitely something that we need to keep an eye on, as it could prove to be problematic for Danish apple growers,” warns Associate Professor Lene Sigsgaard of the University of Copenhagen’s Department of Plant and Environmental Sciences.

For the past 20 years, Sigsgaard has researched natural predators and pest regulation in apple and other species.

Sucks nourishment out of the plants upon which it poos
Aphids have specialised mouth parts designed to pierce and suck nourishment from plants. Their liquid excrement, honeydew, is characterized by sticky areas on leaves and fruit. Sooty mold spores are captured by and can grow in the sticky honeydew coating a leaf, causing affected leaves to become dark, which blocks sunlight and reduces photosynthesis.

“Aphids can affect a plant in several ways. Among other things, they suck nourishment from plants, energy that would have otherwise been used to produce new shoots and fruits. This stresses plants and can reduce yields in both the current and following season,” explains Lene Sigsgaard.

While the rosy apple aphid is currently enemy number one in Danish apple orchards, the bright green spiraea aphid could cause problems too. Only the future can tell what this little sucker’s ultimate impact will be.

Virus spreaders
Aphis spiraecola is a virus vector on citrus fruit and can also spread plum pox virus, also called Sharka, which has yet to be observed in Denmark.

Whether the discovery of this aphid in Denmark is an isolated incident, or if the species has made itself at home due to a milder climate, remains unknown to the researchers. Closer investigation is needed.

Its natural predators, which typically keep aphid populations in check and limit damage, could help to regulate this invasive new aphid.

With increased biodiversity in and around orchards and fields, readily catalyzed by planting flowering hedges and flower rows, populations of natural predators such as ladybirds, green lacewings, spiders, kissing bugs and parasitoid wasps can be supported to combat and reduce aphid populations.

Fact Box
Species: Aphis spiraecola Patch, also known as the spirea aphid or green citrus aphid (Hemiptera, Aphididae)
Physical appearance: Bright greenish yellow to apple green aphid easily confused with the green apple aphid (Aphis pomi), yet with minor morphological differences. The aphid often occurs in mixed colonies of other aphids.
Origin: Probably East Asia
Distribution: Now widespread over tropical and temperate regions worldwide. Can be spread with plant material. Winged generations during spring and late summer allow the species to spread themselves.
Host plants: Spirea, citrus, and apples are primary hosts where eggs are laid. The species also attacks other seed fruits, stone fruits, etc., and in the tropics, species including cocoa. The aphid can live on at least 20 different plant genera, making it very polyphagous.
Life: Across most of its range, the species reproduces asexually year-round (females give birth to new females without mating). In Denmark, the vast majority of aphid species winter as eggs, except for the peach aphid. Whether this new species will winter in Denmark as eggs or aphids in large numbers is unknown.
Impact: Commonly attacks citrus and apple trees. Aphids suck nourishment from plants. Sooty mold growing in honeydew can decrease a plant’s ability to photosynthesize. The aphid causes apple leaves to curl and may cause the tips of branches to produce abnormally little growth. Severely-infested leaves become small, bright and may fall prematurely. Symptoms are similar to those caused by green apple aphids.
Viruses: The species is a virus vector for several species including CTV on citrus and plum pox virus.

The University of Auckland: Sexual reproduction in the insect world is often a risky business and never more so than when the risk of being eaten is high