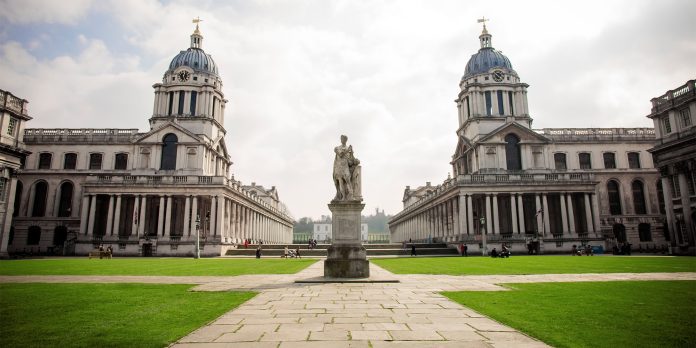 At this year’s graduation ceremonies, the university honoured a number of outstanding individuals who have contributed to the work of the university or have earned distinction in their fields of expertise.

This year’s honorary graduates include a renowned author and Booker Prize winner, a humanitarian aid worker, a leading forensic scientist and a former MEP.

Those who were recognised are listed below in alphabetical order.

Byron is an award-winning entrepreneur, business start-up expert, and successful author of his book ‘Self Made’. In 2006, he founded the BLC Group – an umbrella company for businesses operating across a range of sectors including property services, construction recruitment, corporate and personal branding, employability skills, professional mentoring and business consultancy.

Byron has spent much of his career using his business experience to mentor and support others. Since 2019 he has been co-chair of Evolve Housing + Support, a leading homelessness charity in London that provides housing and support to over 2,000 people each year. He is a School Governor of Harris Academy in Purley and he currently works with the University as a mentor.

Author, academic and President of the Royal Society of Literature.

Bernardine, of Nigerian and English parentage, was raised in Woolwich and educated in Eltham, attending Greenwich Young People’s Theatre, now called Tramshed, throughout her teenage years. She has written eight awarding-winning books, including poetry, verse fiction, novels and non-fiction. She co-founded the Theatre of Black Women in 1982, Britain’s first such company, and the writer development agency called ‘Spread the Word’ in 1995, which is still going strong. She initiated Arts Council-funded research into why black poets were not being published which led to a ten-year poetry mentoring scheme. Bernardine won the Booker Prize in 2019 for her eighth novel, ‘Girl, Woman, Other’ which opened the floodgates of global recognition. An OBE for services to literature followed; Author of the Year at the British Book Awards; Lifetime Honorary Fellow at St Anne’s College Oxford University and a slew of national and international awards.

After leaving school with few qualifications and subsequently discovering that she was dyslexic and autistic, Pamela went on to successfully run her own IT and management training business for 25 years until illness forced her to change direction. She is currently a trustee of the Royal Garrison Church of Saint George and Chair of the Caribbean Social Forum, which she has led for six years, increasing the membership from 12 members to 600. It was awarded a National Diversity Award in 2017. Pamela has been a force for change in the Royal Borough of Greenwich, with her vision to support Caribbean older people with loneliness and dementia and a commitment to remember the Windrush Generation. She was the first woman in 20 years to open the International Slavery Day at the National Maritime Museum and was invited by the British Museum and Library to speak about the Windrush Generation. She has collaborated with the university on various community engagement projects and knowledge transfer partnerships supporting BAME and migrant groups, including the Food for Thoughts Memoirs exhibition and the Let Our Legacy Continue exhibition.

Peter is a chartered accountant and was previously UK managing partner of PricewaterhouseCoopers. He has used his wide knowledge and experience of regulated bodies, strategic planning, insurance and asset management to support many businesses in non-executive director roles. He has also given his time as a trustee, including for the Oval Cricket Relief Trust, a charity providing aid and poverty relief to communities affected by natural and manmade disasters. Peter has provided many years of service to the University. He was a member of the Business School Accounting and Finance Forum before serving as a Governor between 2009-2019 – the maximum time a Governor can serve. In this role he provided wise counsel during a period of significant change at the university particularly in his role as chair of the Staffing Committee (later renamed the Nominations, Staffing & Remuneration Committee) for four years. Peter also sat on the Finance Committee, the Governing Body Long-Term Strategy Group and the Vice-Chancellor Selection Committee.

Stephen has devoted his 42-year career to working in housing, for which he was awarded a CBE in 2018. He has held many senior positions including most recently as chief executive of Peabody for 14 years, one of the oldest and largest housing associations in London providing over 55,000 homes. Since retiring in 2017, he has undertaken a diverse range of roles including Deputy Lieutenant of Greater London and Chair of London South East Colleges, and is a trustee of Open City, London’s leading architecture charity. He has always had a particular interest in education and skills and joined the University’s Governing Body (previously known as the Court) in 2008. In 2013 he was elected as the University’s Pro Chancellor/Chairman of Court for four years. From 2017-2019 he became the University’s Pro Chancellor (Ceremonial) to deputise for Baroness Scotland who was Chancellor at the time.

The Right Honourable Stuart Lawrence is an author, coach, public speaker and youth engagement specialist. As the younger brother of Stephen Lawrence, the British teenager murdered in a racially motivated attack in 1993, he has spent much of his life campaigning for racism awareness. He has worked closely with the University of Greenwich for a number of years through his work at the Stephen Lawrence Day Foundation, particularly around the promotion of Stephen Lawrence Day each year on April 22nd.

Stuart is the author of a children’s book ‘Silence is Not an Option’, which is interspersed with reflections on his brother’s life and murder. He has also had a 15-year career as a secondary school teacher in south west London, and has worked for the Home Office and BMP Belmarsh. Earlier this year it was announced that Stuart would become a Patron of the Black Curriculum.

Emma is co-founder of purpose-led tech start-up More Human, founded in 2020 to reduce loneliness by empowering anyone to be a brilliant organiser of community events and clubs. A successful graphic designer, she was awarded the CharityComms ‘Inspiring Communicator of the Year’ award in 2015 and in 2019 she was shortlisted for a BIMA 100 ‘Woman of the Future Award’ in recognition of her work in shaping the future of Britain’s digital industry. Emma was diagnosed with Parkinson’s nine years ago at the age of 29 and regularly raises awareness about it through talks and workshops. She lives in Greenwich and has been actively engaged for many years with the university’s School of Design and Faculty of Liberal Arts and Sciences. She has inspired the development of the ‘diversity and inclusivity by design’ research group, motivating academics to develop research in the area of disability and design, accessibility and practice making, and inclusivity by creativity and also acts as a mentor to university students.

Claude has spent a 30-year career working in the areas of Equality, Diversity and Inclusivity, and campaigning on human rights issues. His past roles have included working as a National Equalities Officer for the TUC, Director of the Joint Council for the Welfare of Immigrants, and Commissioner at the Commission for Racial Equality. Between 1999-2020, he was the lead Member of the European Parliament (MEP) for the Greater London Region, which included the 32 London Boroughs, City of London and London’s 72 Parliamentary Constituencies, which brought him into regular contact with the Royal Borough of Greenwich. He was the first MEP of Indian/South Asian descent and London’s first BAME MEP. Claude negotiated data privacy and anti-terrorism agreements with the USA on behalf of the European Parliament and chaired the GDPR legislation negotiations between member states and European Parliament. He was awarded an OBE in 2020 for public service and services to human rights.

Gary Pugh OBE began his career as a forensic scientist in 1979. He worked for many years in government departments, including being seconded to the Science and Technology Group of the Home Office in 1990 to work on the development of the Forensic Science Service (FSS). He became a Director on the FSS Main and Executive Boards in 1999, during which time he acted as Senior Scientific Adviser to the HMIC on the ‘Under the Microscope’ inspection and was the FSS Board representative on the Home Office DNA Expansion Programme. In 2004 he took up the new post of Director of Forensic Services at the Metropolitan Police Service. Here, he developed, led and implemented major programmes of organisational change including introduction of new technology and accreditation to national and international scientific standards. He has been Chair of the National DNA Database Strategy Board and was the SRO for the strategic matcher project within the Home Office Biometrics programme. Gary has supported and worked with the university for many years. He was awarded an OBE in 2011.

Frazer is the founder and former CEO of the Chapel Down Group plc, England’s largest wine producer. A former Greenwich student, he graduated with a BA Hons in Business Studies in 1981 and went into a career in the drinks industry. At just 29, he was made a director of Whitbread, where he went on to lead the team that created the famous Boddingtons advertising campaign and draughtflow widget. After a stint at Heineken, working in Amsterdam, in 2001 he took a career risk to become CEO of the (then) small English wine producer, Chapel Down. During his 20-year tenure, he has listed the company and created a valuable business producing some of England’s finest wines. The business is now one of the LSE 1000 companies to Inspire Britain, a CoolBrand and a member of the Walpole Group. Frazer retired in 2021 and now spends his time working for a number of charities and is an investor in a fashion start-up.

Terry’s inspirational life has demonstrated bravery, morality and a commitment to education. His career has taken him around the world, including through Asia, Africa, North and South America and Europe where he advised on institutional change, health and education development. After witnessing the Amin coup in Uganda, he set up the Southern Sudan Project and was responsible for developing aid programmes there. In 1980 he joined the Archbishop of Canterbury’s private staff and in this role successfully negotiated the release of several hostages from Iran. In 1983 he again successfully negotiated for the release of British hostages, with Colonel Gaddafi in Libya. He himself was taken captive in 1987 whilst negotiating in Lebanon and was held for 1,763 days, the first four years of which were spent in total solitary confinement. Following his release in 1991 he wrote his first book and international best-seller, Taken on Trust. After his experience in captivity, he decided to commit himself to study, writing, lecturing and humanitarian activities. He was awarded an MBE in 1982 and CBE in 1992.