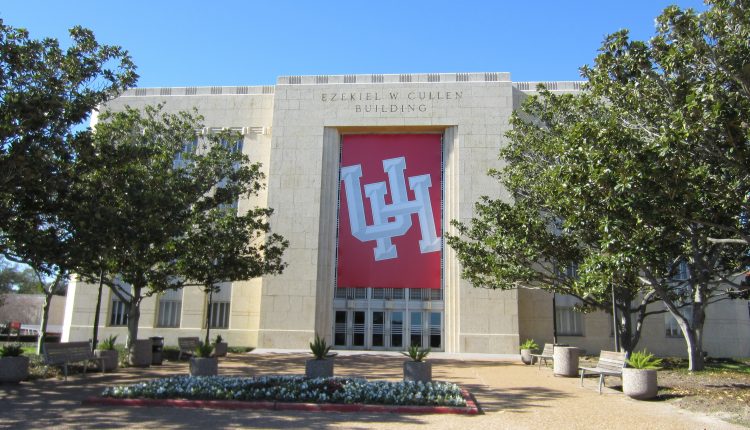 University of Houston: ‘Little Shop of Horrors’ Coming to UH

The University of Houston’s Kathrine G. McGovern College of Arts (KGMCA) is proud to present “Little Shop of Horrors” – the college’s first ever full-scale musical production. A classic Broadway title originally adapted from the 1960 film written by Charles B. Griffith and directed by Roger Corman, “Little Shop” marks the first collaborative production by students and faculty from Moores School of Music and the School of Theatre & Dance.

Dean of the Kathrine G. McGovern College of the Arts, Andrew Davis, is excited to bring musical theatre to the University of Houston with the goal of “providing the broadest possible professional arts education to our students.”

An iconic and unforgettable off-Broadway musical, “Little Shop of Horrors” never fails to entertain. As sweet and lonely Seymour is searching for a way to ‘get out of Skid Row,’ he stumbles upon what would seem to be a friendly and unique pet plant. However, keeping this plant alive will take more than blood, sweat and tears … or will it?

Kathrine G. McGovern College of the Arts’ premiere musical will be directed by Moores Opera Center’s Nicole Kenley-Miller and Alley Theatre’s Associate Director, Kevin Rigdon. Rigdon has created scenic lighting and costume designs for 108 productions at the Alley Theatre along with over 110 production designs for Steppenwolf Theatre in Chicago. He currently holds two Tony

Award nominations, two American Theatre Wing Design awards, and seven Joseph Jefferson awards among many others. Rigdon and Miller will be joined by Theatre Under the Stars’ resident sound designer, Andrew Harper. Harper’s designs have been heard in New York City, Los Angeles and Atlanta, just to name a few. Dominique McCormick, Moores School of Music affiliate artist in voice, is the project manager for the production.

Partnering on the production are inspiring UH Alums, Afsaneh Aayani and Sally Mayes. Aayani, a professional puppet developer, will be creating Audrey II, pet named Twoey, who puts the “horror” in “Little Shop of Horrors.” She was awarded the 2020 USITT Scenic Design Award recognizing her achievements and potential as a young scenic designer. Broadway actress and singer Sally Mayes, will act as collaborator and master class workshop coordinator for the production. On Broadway, Mayes is best known for her Tony award-winning performance in the Roundabout Theatre revival of “She Loves Me.”

Director Nicole Kenley-Miller is thrilled to bring life to this production with the rest of the team. “I think our audience is going to be surprised to see this type of show in the Moores Opera House,” she said. “The space is typically used for concerts and operas, but we are going to test the boundaries of what the space can do in terms of scenery, lighting and sound design. You will never have seen a show like this in the beautiful Moores Opera House, and the plant will provide a big surprise at the end!”

Featured cast members will include students from both the Moores School of Music and the School of Theatre and Dance. The performance will be a memorable display showcasing amazing talent from across the Kathrine G. McGovern College of the Arts, according to Davis, bringing musical theatre to the main stage of the Houston arts scene.

University of Houston: Shale Reservoirs Could be ‘Substantial Source of Lithium’