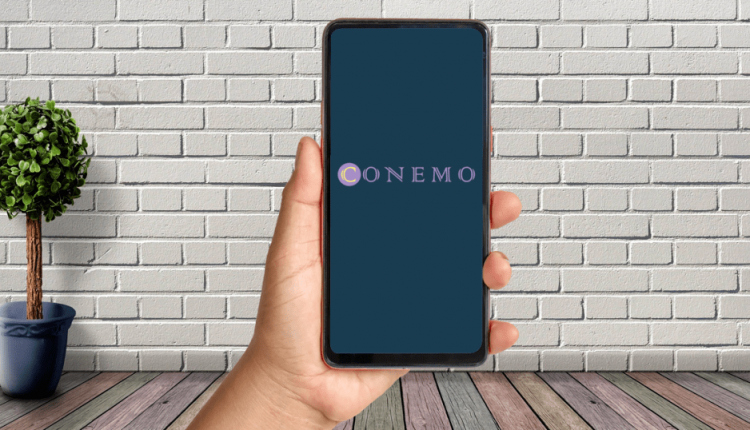 For six weeks, people with chronic illnesses such as hypertension and diabetes, who had symptoms of mild depression, participated in an experiment for the treatment of depressive disorder with the help of technology. The Conemo app (acronym for Emotional Control) was developed by researchers at USP, King’s College, London , Universidad Cayetano Heredia, Peru, and Northwestern University, United States, with funding from the National Institute of Mental Health (NIMH ),to reduce symptoms of depression in patients through a series of behavior activation sessions, a cognitive-behavioral therapy technique that induces the person to perform daily activities that are pleasurable or meaningful to them. The digital intervention managed to reduce depression symptoms by 50% in patients who participated in the study.

An article describing the project, Effect of a Digital Intervention on Depressive Symptoms in Patients With Comorbid Hypertension or Diabetes in Brazil and Peru: Two Randomized Clinical Trials , was published in May in the scientific journal JAMA .

The research sought to determine the impact of digital intervention on the treatment of depressive symptoms in patients over a period of six months and showed significant results for the implementation of the program on a large scale.

The World Health Organization (WHO) classifies depression as a disabling illness characterized by constant sadness and lack of interest and pleasure in performing activities of daily life or that were previously pleasurable.

“Here in Brazil, we analyzed data from the 2013 National Health Survey and found that around 8% of adult Brazilians had symptoms of depression that deserved some kind of care, but only one in five was receiving health care and , mainly, medication”

According to the person responsible for the project, Professor of Preventive Medicine at the USP School of Medicine (FMUSP), Paulo Rossi Menezes, the main idea of ​​this type of approach is “to expand the access of people with chronic diseases and symptoms of depression to some type of care that can improve their lives without having to go directly to a specialist, psychologist or psychiatrist.”

The choice of the research target audience considered two important aspects. One of them is the realization that many people who have symptoms of depression do not receive adequate care for this type of symptom. “Here in Brazil, we analyzed data from the 2013 National Health Survey and found that around 8% of adult Brazilians had symptoms of depression that deserved some kind of care, but only one in five was receiving health care and , mainly medication”, says Menezes to Jornal da USP .

Another aspect is that people with chronic illnesses are more likely to develop symptoms of depression than the general population. According to the researcher, the occurrence of these symptoms in this subgroup of the population is more frequent and, because these people are already linked to health services, especially primary care services here in Brazil, access to them is facilitated.


The application was installed on cell phones delivered to patients for the restricted use of the experiment. The information collected was stored in a data cloud so that the nursing professionals who were part of the project could follow the patients’ progress.

Two cities were included in the survey: São Paulo, in Brazil, and Lima, in Peru. In São Paulo, the study included the participation of 20 family health units in the east of the city, with 880 patients in total. Half were part of the control group. They only received routine treatment, that is, clinical follow-up and medication use, but without the aid of the application. The other half used the app during the six weeks of the project and received clinical treatment when needed. In Lima, 420 people participated in the survey, 210 in each group. The app experiment lasted six weeks, with three 10-minute sessions per week.

Through the Conemo app, participants received explanations about the symptoms of the disease and the ways in which depression affects them. In addition, they were asked to choose one of the routine activities listed in the app, such as listening to music, taking a walk or calling a relative, to be performed between sessions.

Menezes points out that these sessions were planned to be done progressively, from the simplest to the most complex. For example, organizing finances would be an activity to be done later on, but having a meal is among the first things to try. “The idea is that, as the individual does something simpler and realizes that he can do it, he becomes more excited and starts to have more motivation and energy to continue in the process”, explains the researcher.

If, for example, the patient stopped interacting with the app or missed sessions, a nurse would contact him to help him continue with the activities.

At the end of three months, the researchers observed a greater proportion of people with significant reduction in symptoms in the group that used the app, compared to the control group.

A scale that quantifies the intensity of depression symptoms was used to determine the study results. “What we expected as a positive result is that the patient’s depression score, three months later, would be at least half of what it was at the beginning”, explains Menezes. Both in São Paulo and in Lima, the group that received the app had more patients with this level of improvement.

According to the researcher, the result showed that the application is, in fact, “a tool that helps people in this condition and can be used without the need for specialized clinical monitoring, which greatly expands people’s access to this type of care”.

In São Paulo, 159 patients in the test group had a 50% reduction in symptoms of depression, compared with 114 participants in the control group who had the same result after three months of follow-up, representing a 12% difference in success. between groups. Also in Lima, a greater number of people had positive results with the use of the app compared to the usual treatment. In the city, the control group and the group accompanied by Conemo had a 19% success difference in favor of digital intervention.

At six months, however, this difference was much smaller. Menezes explains that the reason for this is the fact that patients in the control group also continued to improve. The application, at the very least, accelerated the recovery of people who used it and, far from having negative results, maintained its effects after the experiment.

The app expands access to low-intensity treatment, but it should not be seen as a one-size-fits-all solution. People diagnosed with depression, who have more severe symptoms, should continue their treatment with specialized monitoring and use of medication.

The researcher reinforces that one of the objectives of this type of intervention, in addition to expanding access, is to integrate mental health care with general care, especially primary care. According to Menezes, “there is an understanding in society, and even among professionals in the area, that this type of problem requires people with a lot of specialization to be able to help others”.

The understanding of the person responsible for the project is that mental health problems are very common and “all professionals in the area need some type of technology and resource to be able to help most people who have milder levels of symptoms”, he says.

The app expands access to low-intensity treatment, but it should not be seen as a one-size-fits-all solution. People diagnosed with depression, who have more severe symptoms, should continue their treatment with specialized monitoring and use of medication.

However, technology is a tool that can incorporate a significant part of patient care, especially in the pandemic. An approach that does not depend on the presence of a specialist or health professional, whether physically or virtually, with the patient at the time he is carrying out his activity to recover has the potential to help a large number of people.

The forecast of those responsible for the Conemo app is that a new version will be made available in mobile app stores in three months, both for use by the general population and for use by health professionals, so that their access is expanded to a wider audience and can help treat others.