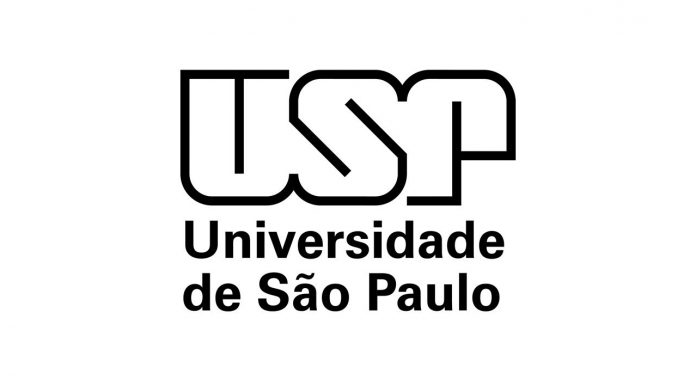 THEPublic policies are fundamental in the fight against hunger, since food insecurity is the result of political and economic choices. Popular cooperatives need to be seen as an important means of reducing poverty in Brazil. Idle public spaces can be used for food production. Aquatic foods have great potential to ensure the nutritional security of the population.

These were some ideas presented at the Public Policies for the Fight against Hunger symposium , promoted this Wednesday, the 12th, by USP’s Dean of Culture and University Extension (PRCEU), with support from the Institute for Advanced Studies (IEA), also from USP. Broadcast live on the internet , the event brought together researchers from the University to propose effective actions against the problem of hunger in Brazil.

Formed by two panels, the symposium was opened by the rector of USP, professor Vahan Agopyan, who highlighted the University’s “crucial role” in combating hunger, through the elaboration of consistent public policy guidelines, made available to federal, state agencies and municipal. “I hope that this is one of the flags of Brazilian universities, a flag of the University of São Paulo. Hunger does not wait, ”said Vahan. Read below the main topics discussed in the two panels of the symposium Public Policies to Combat Hunger .


According to a survey conducted last December by the Brazilian Research Network on Sovereignty and Food and Nutritional Security, 55% of Brazilians are affected by family insecurity – Photo: Giorgia Prates via Public Photos

By Juliana Alves and Claudia Costa

Although it is relevant to fight hunger in Brazil, welfare is not a substitute for public policies, since food insecurity is a structural problem and not a momentary one. In addition, initiatives aimed at helping those who are hungry take from the State the responsibility of guaranteeing everyone the right to adequate food. “It is not because of the virus that there is hunger. It is not a natural phenomenon. It is of a political and economic nature. ”

That was what economist Tereza Campello, visiting professor at USP’s School of Public Health (FSP), said during the first panel of the symposium on Public Policies to Combat Hunger , which was mediated by Professor Eduardo Cesar Marques, from the Department of Political Sciences from the Faculty of Philosophy, Letters and Human Sciences (FFLCH) at USP.

Tereza Campello pointed out that 55% of Brazilians are affected by family insecurity, according to a survey carried out last December by the Brazilian Network for Research in Sovereignty and Food and Nutrition Security (Rede Penssan). For her, this percentage represents a setback, when compared to the indexes registered in previous years. The situation could be even worse if by 2020 emergency aid had not been granted, he added. “The tendency is for food insecurity to increase, as there is no such aid now.”

“Although it is relevant to fight hunger in Brazil, assistance is not a substitute for public policies, since food insecurity is a structural problem and not a momentary one”

Tereza Campello
According to the economist, food insecurity needs to be combated with the strengthening of the minimum wage, the generation of formal jobs, the organization of labor legislation, the execution of income transfer projects and the provision of school lunches. “In addition to social justice, this is also part of economic development”, warned Tereza. “The question is not how much it costs to make these public policies, but how much it costs Brazil not to face these situations.”

Another panelist, Professor Maria Elisa Garavello, from USP’s Luiz de Queiroz Higher School of Agriculture (Esalq), criticized the decrease, by the public authorities, of resources destined to programs that combat food insecurity in Brazil and pointed out the groups of people most affected by this problem – mothers of families, blacks and browns and the rural population. “The rural environment has access to land and at the same time suffers from severe food insecurity”, described what he classified as “a paradox”.

“The rural environment has access to land and at the same time suffers from severe food insecurity. It is a paradox”

Oceanography is an area of great potential to combat hunger and malnutrition in Brazil, suggested Professor Maria Gasalla, from USP’s Oceanographic Institute, during the second panel of the Public Policies to Combat Hunger symposium , mediated by Professor Elisabete Maria Macedo Viegas, from the Faculty of Zootechnics and Food Engineering (FZEA), USP. ” Blue foods , as aquatic foods are called, are very important to meet the nutritional nutritional security of billions of people in the world,” said Maria Gasalla, recalling that fish is the second food in terms of protein supply, with numerous benefits to human health, according to several studies.

For Maria Gasalla, it is necessary to bring aquatic food to the center of decision-making about food systems and to support small-scale fishermen and aquaculture (breeders). Among the possible solutions brought by this sector is fishmeal, a fish powder, informs the teacher. “All fish can be used and introduced in the diet of children, pregnant women, elderly people with nutritional deficiency and productive chains of the solidarity economy”, he suggests. In addition, the teacher recalls, it is necessary to combat food waste and strengthen artisanal fishing, with the introduction of fish in community kitchens and popular restaurants.

Maria Gasalla
Urban agriculture was the subject of Professor Thais Mauad, from USP’s Faculty of Medicine, coordinator of the Urban Agriculture Study Group, at the same panel. According to her, there is no way to map or quantify urban agriculture, since there are several types, from the backyard of a house to a community garden, but there are countless benefits of this practice – among them, the greater efficiency in the supply of food, both both in quantity and quality. Thais cited studies carried out in poor countries in Africa and Asia that show that urban agriculture is important for food security. “The poorer the country, the more urban agriculture is present as a source of income and food,” he said.

An example of success in this area, the professor mentions, is the community garden of the USP Medical School, which has existed for eight years and produces various types of food in just 400 square meters, in a concrete environment. “There is also great biodiversity. There are about 400 plants that have served the whole community ”, he says, highlighting the Pancs (Non Conventional Food Plants), which are easy to grow and very nutritious. In São Paulo, according to data from the Sampa + Rural platform, urban agriculture is present in 561 agricultural production units, concentrated mainly in the southern region of the city.

For the teacher, urban agriculture has been used by many people to compose income and also food. According to her, in the east side of São Paulo there are idle spaces that are being occupied by small farmers, already retired, who saw in this model an opportunity to increase their income. There are many empty spaces in the urban and peri-urban regions that could be transformed, he says. For her, strengthening gardens in disused land would be an important and immediate solution. “Several cities in the world already do this, with the reduction of taxes or temporary use of these lands”, he informs, exemplifying with Rosario, in Argentina, a model city of urban agriculture.

Thais Mauad
Also participating in the second panel of the symposium, Professor Reinaldo Pacheco da Costa, from USP’s Polytechnic School, drew attention to popular cooperatives. Coordinator of the USP Incubator Program for Popular Cooperatives (ITCP), he reiterated the role of incubators in the process of establishing self-managed groups and in the solidarity economy movement. “Today, there are more than a hundred incubators of popular cooperatives in Brazil, university and non-university,” he says, lamenting the fact that many of these initiatives have been deactivated by the federal government.

Watch the symposium below on the Public Policies for the Fight against Hunger symposium , promoted this Wednesday, the 12th, by the Dean of Culture and University Extension at USP.


“Fighting hunger is one of the flags of the University”
The official opening of the symposium on Public Policies to Combat Hunger , held on Wednesday, the 12th, was attended by USP’s rector, Vahan Agopyan, and vice-rector, Antonio Carlos Hernandes, accompanied by the pro-rector of Culture and University Extension, Maria Aparecida de Andrade Moreira Machado, and the assistant pro-dean of Culture and University Extension, Margarida Maria Krohling Kunsch, organizer of the event. Also present were the pro-rector of Graduation, Edmund Chada Baracat, the pro-rector of Research, Sylvio Roberto Accioly Canuto, and the director of the Institute for Advanced Studies (IEA) at USP, Guilherme Ary Plonski.

Vahan Agopyan started the symposium by pointing out the crucial role of the University in helping to fight hunger with consistent public policy guidelines to take federal, state and municipal powers and act on several fronts. “I hope it is one of the flags of Brazilian universities, a flag of the University of São Paulo. Hunger does not wait, ”said the rector.

In their speeches, Maria Aparecida Machado and Margarida Kunsch reiterated the importance of the symposium to show ways to reverse the hunger that plagues the needy population and promote greater social equity, with the contribution to the establishment of public policies.

“This event shows that the theme is still present, blunt, visible”, reflected Guilherme Plonski on hunger in Brazil. Recalling that the covid-19 opened up food insecurity in the country, the director of the IEA pointed out initiatives that help mitigate hunger, such as urban agriculture and school lunches.

Vice-rector Antonio Carlos Hernandes, on the other hand, highlighted other factors for fighting hunger, the search for job and income generation. “Food insecurity has increased with frightening numbers, it is not possible to sleep peacefully with an inequality like this,” he commented. He resumed the fundamental role of the University of São Paulo in engaging in proposals of an emergency nature to strengthen and guarantee food for people and hopes to achieve concrete actions that can give definitive and viable directions.

The opening of the symposium also included the participation of the USP Choir (Coralusp), which presented the song Cabeça de Nego , by Sabotage.

Aalto University: Ruthless Times – Songs of Care awarded at the...