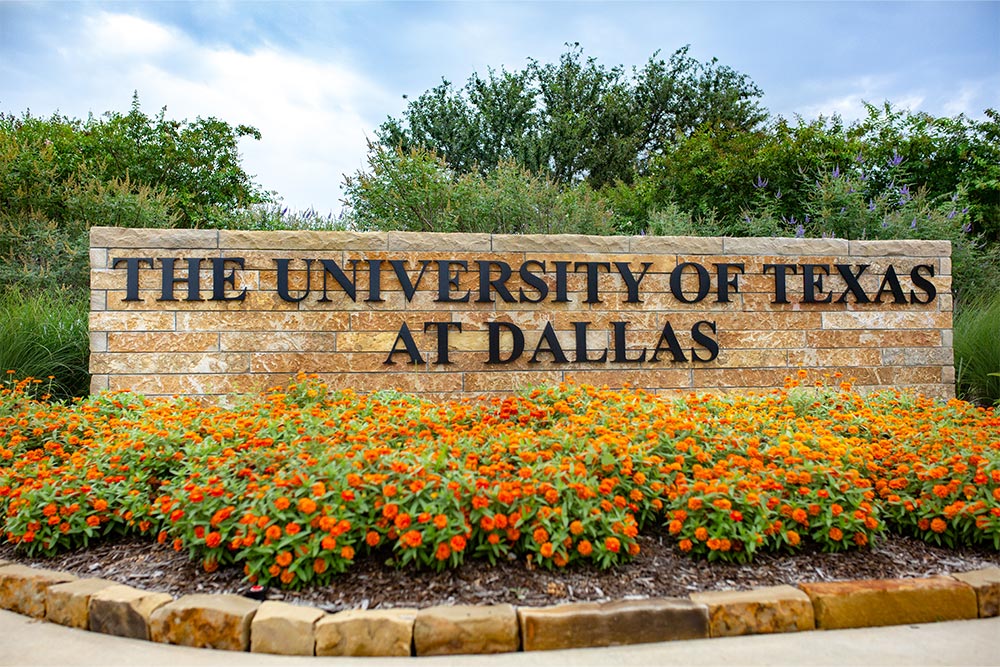 The University of Texas at Dallas will enhance the arts on campus with the merger of two schools this fall.

The School of Arts and Humanities (A&H) and the School of Arts, Technology, and Emerging Communication (ATEC) will combine to form one larger school focused broadly on the arts and humanities and will be known as the School of Arts, Humanities, and Technology (AHT). The UT System approved the merger, and the Texas Higher Education Coordinating Board has updated the University’s degree program inventory to reflect the new administrative structure effective fall 2022.

“The idea behind this move is to have a strong, single academic presence for the arts at UT Dallas,” said Dr. Inga H. Musselman, provost, vice president for academic affairs and the Cecil H. Green Distinguished Chair of Academic Leadership. “I’m very excited about this. It’s a good step for the University.”

Dr. Inga H. Musselman
According to Musselman, Roemer, who first joined UT Dallas in 2006, has earned the confidence of the campus community while serving in interim dean roles. Musselman has hired multiple deans through a national search process. Due to the unique circumstances of the merger, she and President Richard C. Benson, the Eugene McDermott Distinguished University Chair of Leadership, followed the exception process outlined in UTS 187 to appoint Roemer without a search.

“Nils is a leader who knows both schools very well and can help this transition occur relatively quickly and smoothly,” Musselman said. “Furthermore, Dr. Roemer is the ideal person to lead the school following the merger because of his knowledge of and commitment to the arts at UT Dallas, extensive connections to the Dallas-Fort Worth arts communities, adept administrative skills and personal characteristics. He has a unique perspective of our arts history, as well as of our forward-looking initiatives in the arts, so I think he is really singular in his ability to do this.”

Musselman said the School of Arts, Humanities, and Technology is not a new school. Rather, the move is an administrative reorganization that will bring A&H and ATEC together, positioned to take advantage of UTD’s future arts and performance complex — the Edith and Peter O’Donnell Jr. Athenaeum.

“The two united and complementary schools will forge a new path for excellence, innovation and growth in the arts. Their combined strength will enhance the student experience, advance research and support the mission of our arts, humanities, technology and communication programs. Existing degree programs and curriculum will remain the same, although faculty can work together to propose changes,” she said.

A&H was established in 1975. In 2015, the school’s arts and technology program and emerging media and communication program spun off from A&H and became a new school.

“The idea behind this move is to have a strong, single academic presence for the arts at UT Dallas. I’m very excited about this. It’s a good step for the University.”

The vision for the merged school was discussed in a series of meetings that Musselman held with faculty and staff in A&H and ATEC, universitywide faculty and staff governance committees, and leaders of Student Government and the Graduate Student Assembly. After the merger, there will again be seven academic schools at UT Dallas. Last fall, A&H and ATEC had a combined enrollment of approximately 2,100 students in their degree programs, including 103 master’s students and nearly 200 PhD candidates.

“Our ability to better share our faculty’s expertise and to enhance our students’ educational experience is significant,” said Roemer, who also was a 2019-2020 member of Lead UTD, the provost office’s leadership development and administrative training program. “We are also creating opportunities to make a statement to the entire country about our commitment to arts, humanities and technology.”

While the merger will take effect Aug. 22, faculty will work over the next several semesters to determine the best ways to enhance academic programs with potentially new courses or combined offerings. Roemer said the end goal is to establish a rich academic environment where students excel.

“Creativity and innovation are at the epicenter of UT Dallas teaching and research. Our faculty and students share a deep creativity, a bold imagination and a persistent drive to generate better futures. The result is an academic excellence exemplified in our alumni who make a difference in North Texas and beyond,” he said.


Dr. Nils Roemer
Dr. Nils Roemer, who has served in a multitude of roles since he joined The University of Texas at Dallas in 2006, will add a new one this fall as the incoming dean of the School of Arts, Humanities, and Technology.

Roemer, the Stan and Barbara Rabin Distinguished Professor in Holocaust Studies, has been the interim dean of the School of Arts and Humanities (A&H) since fall 2019, and, for the past year, he has held the same position for the School of Arts, Technology, and Emerging Communication.

“Since I joined UT Dallas 16 years ago, I have seen so much positive growth, particularly in the arts and humanities,” Roemer said. “It is such an honor to lead and work with the faculty, staff and students who will drive this merged school to reach new heights.”

“The Ackerman Center will remain a critical part of the School of Arts, Humanities, and Technology as will A&H’s other centers,” Roemer said. “They are vital in reaching out to other universities and researchers, as well as to the community.”

Roemer brought the Annual Scholars’ Conference on the Holocaust and the Churches to the UT Dallas campus and almost tripled the number of endowments for the benefit of the Ackerman Center and A&H. He has been successful in building partnerships between universities and programs around the world and cultivating key volunteers to lead UTD fundraising efforts. And, as part of his commitment to advance the field of Holocaust studies, Roemer leads the Digital Studies of the Holocaust collaborative research project. The project, which he started in 2018, brings together a diverse group of faculty, students and alumni from various disciplines to introduce new ways of remembering and visualizing the Holocaust.

Teaching and mentoring students remain at the heart of Roemer’s work at UT Dallas, and he will continue to teach undergraduate and graduate courses. His research interests cover a wide range of topics, particularly cultural and intellectual history. Roemer offers graduate supervision in the areas of modern European and modern Jewish history, literature, art and philosophy. He is the author of the books Jewish Scholarship and Culture in Nineteenth-Century Germany: Between History and Faith (2005) and German City, Jewish Memory: The Story of Worms (2010).