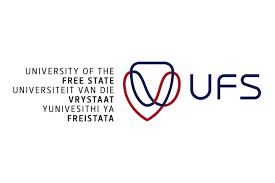 University of the Free State: Gift of the Givers donates food packs to the UFS

According to the international market and consumer data company Statista’s June 2022 data, more than 4,6 billion people worldwide are using social media; this is an increase of 1 billion people compared to the total users in 2020.

Delivering his lecture on ‘Social Media, Freedom of Expression, and the Law’ on the University of the Free State Bloemfontein Campus on 30 May 2022, John Jeffery, Deputy Minister of Justice and Constitutional Development, said, “The power of social media lies in the sheer magnitude of the number of people using it.”

He said: “Section 16 of the South African Constitution provides that everyone has the right to freedom of expression, which includes freedom of the press and other media; freedom to receive or impart information or ideas; freedom of artistic creativity; and academic freedom and freedom of scientific research.”

He advised perpetrators of malicious social media posts about the consequences and the harm to persons who are victims.

Depending on the circumstances, a person who suffers harm because of being the subject of someone else’s social media posts, can be protected under the Protection from Harassment Act. According to the Act, this is due to mental, psychological, physical, or economic harm.

Speaking at the Odeion School of Music, Deputy Minister Jeffery said, “Social media brings with it the importance of responsible use. As a social media user, you are entirely responsible for whatever appears on your social media accounts.’

He said: “Whatever you do in life – your conduct and your words – can be put onto various platforms and they will be there for a very long time. Do better, be better – and use social media to inspire people, to have an impact on the world, and to make it a better place.”

University of the Free State: More cities may follow Gqeberha in running out of water