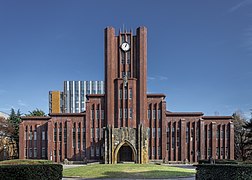 Grey static with a vague outline of an upside down triangle and a small square inside
Crystal close up. Sodium chloride growth in action. © 2021 American Chemical Society

Crystals include many familiar things, such as snowflakes, salt grains and even diamonds. They are regular and repeating arrangements of constituent molecules that grow from a chaotic sea of those molecules. The process of growth from this disordered state to an ordered one is known as nucleation, and although it has been studied for centuries, the exact goings-on at the atomic level have never been experimentally confirmed, until now.

It’s not just enough to be able to see molecules at the atomic level — that ability has been with us for a few decades now. The thing about a crystal’s growth is, it’s a dynamic process and observations of its development are as important as observations of its structure. Luckily, researchers at the Department of Chemistry at the University of Tokyo solved this with their single-molecule atomic-resolution real-time electron microscopy technique, or SMART-EM. This captures details of chemical processes at 25 images per second.

“One of our master’s students, Masaya Sakakibara, used SMART-EM to study the behavior of sodium chloride (NaCl) — salt,” said Project Assistant Professor Takayuki Nakamuro. “To hold samples in place, we use atom-thick carbon nanohorns, one of our previous inventions. With the stunning videos Sakakibara captured, we immediately noticed the opportunity to study the structural and statistical aspects of crystal nucleation in unprecedented detail.”

A row of grey squares above and a row of line diagrams below
Salt nucleation. A sodium chloride crystal growing in a vibrating carbon nanohorn. © 2021 American Chemical Society

Nakamuro and his team looked at the videos Sakakibara had captured and were the first people ever to see tiny cuboid crystals made of tens of molecules of NaCl emerging from the chaotic mixture of separate sodium and chloride ions. Straight away, they noticed a statistical pattern in the frequency at which the crystals emerged; it followed what’s known as a normal distribution, which has long been theorized but only now experimentally verified.

“Salt is just our first model substance to probe the fundamentals of nucleation events,” said University Professor Eiichi Nakamura. “Salt only crystallizes one way. But other molecules, such as carbon, can crystallize in multiple ways, leading to graphite or diamond. This is called polymorphism and no one has seen the early stages of the nucleation that leads to it. I hope our study provides the first step in understanding the mechanism of polymorphism.”

The team doesn’t just have diamonds in mind though; polymorphism in crystal growth is an essential process in the production of some pharmaceutical and electronic components too.