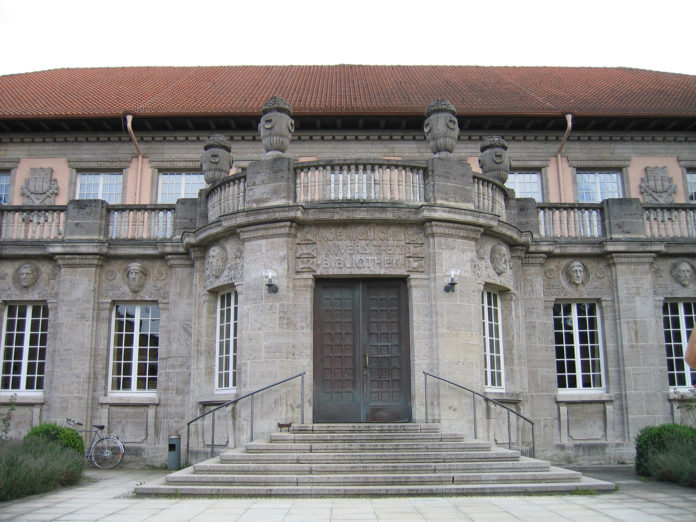 The natural substance collinolactone, isolated from soil bacteria, reduces artificially caused stress on nerve cells in laboratory tests and thus protects them from damage that occurs in neurodegenerative diseases. This is what an international research team led by Professor Stephanie Grond from the Institute for Organic Chemistry at the University of Tübingen found out in a study that was published in the journal Angewandte Chemie. The team also demonstrated that the chemical structure of the collinolactone molecule is identical to the substance rhizolutin, which was isolated from bacteria at the roots of the Asian medicinal plant ginseng. A Korean research team discovered last year

Among the neurodegenerative diseases in which the nerve cells of the central nervous system are gradually destroyed, Alzheimer’s dementia plays a major role with 50 to 75 percent of the disease cases. Deposits outside of the nerve cells in the brain, which consist of misfolded amyloid beta proteins and tangled tau proteins, are typical of this previously incurable disease. Most of the more than one hundred candidate substances that have been clinically tested since 2003 for their ability to dissolve Alzheimer’s plaques have proven to be unusable. “In research we therefore have to turn to new chemical structures. Collinolactone is interesting

Comparison of chemical structures
Collinolactone was isolated from the soil bacterium Streptomyces collinus more than 20 years ago. Since it had no antimicrobial effect against other bacteria or fungi, it was not investigated further for pharmaceutical purposes at the time. When the research team compared the recently described rhizolutin with collinolactone, it turned out that both substance structures are based on the same carbon structure. “We have re-evaluated the previously published data on rhizolutin and corrected its chemical structure. It is now clear that the correct structure is identical to the already known collinolactone, ”explains Julian Schmid, first author of the study and doctoral student in Grond’s work group. In the next step, the microbiology researchers analyzed

Chemistry researchers made chemical derivatives of collinolactone and changed various side groups in the basic structure. All of these substances were tested in the laboratory for their influence on artificially stressed nerve cells. “Only the unchanged natural substance collinolactone had the protective effect on nerve cells,” reports Grond. This can be seen quite independently of the previously proven effect of rhizolutin, which was able to dissolve the plaques typical of Alzheimer’s disease in laboratory and animal experiments. According to the assessment of the research team, these results can be equated with collinolactone. “Both properties together make collinolactone interesting as a candidate substance for the development of Alzheimer’s drugs,” says the researcher. Animal experiments with Rhizolutin have already shown that the substance can get into the mammalian brain, where it can develop its effect on the nerve cells. Further tests should now show whether collinolactone can be further developed as an active ingredient into a drug.

University of Waterloo: Cash may not be the most effective way to motivate employees

University of Waterloo: Cash may not be the most effective way...