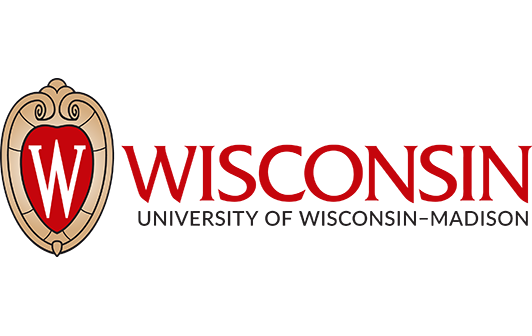 UNIVERSITY of WISCONSIN–MADISON: A new way to help the immune system fight back against cancer

Scientists at the University of Wisconsin School of Medicine and Public Health are breaking new ground to make cancer cells more susceptible to attack by the body’s own immune system.

Working in mice, a team led by Jamey Weichert, professor of radiology, and Zachary Morris, professor of human oncology, is combining two different techniques in its approach, using targeted radionuclide therapy, which delivers a low dose of cell-weakening radiation specifically to cancer cells, followed by immunotherapy, which helps the immune system to recognize and destroy cancer cells. The animal research is laying the foundation for future human and veterinary clinical trials.

“This has a huge advantage because we can target tumors systemically, regardless of number and anatomic location,” explains Weichert. “I often describe it as scuffing up the tumor with this low amount of radiation to make it easier for the immune system to recognize it.”

The team has been awarded $12.5 million in funding from the National Cancer Institute to further develop this approach to treating a variety of cancers, including prostate cancer and cancer in dogs.

The research effort includes four projects and four research and support cores led by Weichert, Morris and a suite of other UW–Madison researchers — many of them members of the University of Wisconsin Carbone Cancer Center.

In contrast to traditional external beam radiation therapy, which is delivered to all or large parts of the body in a non-targeted way, targeted radionuclide therapy involves linking a radioactive atom (also known as a radionuclide) to a molecule that is taken up mostly by tumor cells.

Weichert’s team uses a radioactive element and a molecule that mimics a kind of lipid found in rapidly dividing cancer cells. They also use imaging techniques to enable precision dosing of the agents, which are injected into the bloodstream.

The scientists have found in mice that using immunotherapy in combination with targeted radionuclide therapy is more powerful than either approach alone. They will be further investigating combinations of different immunotherapy agents to combat the many ways that cancer can evade the immune system.

Another area of research focuses on how immune cells themselves are activated. Paul Sondel, professor of pediatrics and human oncology, is studying an “in situ vaccine” that attracts immune cells to the tumor and activates them so that they recognize and kill cancer cells at the tumor site. The technique trains the immune system to retain a memory of the particular cancer in a manner similar to vaccines against infectious diseases, which direct the immune system to recognize pathogens such as bacteria and viruses.

Morris likens these combination therapies to a bulldozer destroying a tumor.

The ignition of the bulldozer needs to be turned on, and in some cases, a cancer vaccine can facilitate this process. Powering and accelerating the bulldozer requires fuel, which can be provided by drugs that expand and proliferate cancer-attacking immune cells. Checkpoint inhibitors can further speed acceleration by disengaging the brakes of the immune system. And when there are multiple tumors, targeted radionuclide therapy can travel through the bloodstream to every tumor in the body. This paves the path by which the anti-tumor immune response can kill cancer cells throughout the body.

The group has studied a narrow set of targeted radionuclide therapies and immunotherapies so far ­— preliminary work that was made possible by a UW2020 grant from the UW–Madison Office of the Vice Chancellor for Research and Graduate Education and the Wisconsin Alumni Research Foundation. The National Cancer Institute funding will allow them to broaden their work to include multiple types of these therapies and study them in isolation and in combination.

“The number of variables here begins to become enormous and highlights that we know very little about how to optimize the interactions between these therapies,” Morris says. “The only way to really understand these is to do head-to-head comparisons experimentally in a very controlled way like this grant is giving us the resources to do.”

Others involved in this group are experts on data analysis, radiation dosing, therapy agent production, and the application of these treatments in canine oncology patients when owners consent to trying them for experimental treatment. They include Kyungmann Kim, Michael Newton, Bryan Bednarz, Joe Grudzinski, Reinier Hernandez, Jonathan Engle and David Vail.

“There are really only one or two other institutions in the country that could do this kind of research, that have access to the necessary expertise and resources,” says Weichert. “We’ve got the top people in the world in each of these disciplines. We believe we are launching a new cancer therapy field here. It’s very exciting, and the research team is incredible.”

University of Warwick: Restarting the aluminium industry in the Black Country