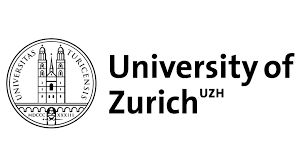 She loves to stand “in the midst of life at its most colorful”. There’s no doubt about it: in practicing her profession, Brigitte Leeners comes face to face with all of life’s major themes – children, family and birth, as well as the despair, and especially the hope, felt by couples for whom conceiving a child has so far proved impossible. Leeners is director of the UniversityHospital Zurich’s Fertility Center and professor of medicine at UZH. In her offices at Frauenklinikstrasse 10, she and her team welcome couples from all over Switzerland, and from all different cultures. What they all have in common is the —as yet unfulfilled — desire to have a baby of their own. “What we’re dealing with at the center are existential dreams,” says Brigitte Leeners. In trying to make these dreams come true, the couples have often been through a lot together. Not being able to conceive a child can lead to tremendous stress. Why isn’t it working? And who is to blame? Questions such as these can be highly testing for a relationship. For many couples, the decision to seek help with reproductive medicine is often their last hope in making the dream of having a child of their own come true.

There are many medical reasons for the inability to conceive, including missing or damaged fallopian tubes, hormone-induced failures in egg cell maturation, too few sperm, or too few motile sperm. Involuntary childlessness was officially recognized as a disease by the World Health Organization (WHO) in 1967. Today we know that it is just as often the man as the woman who is responsible for the couple’s childlessness. This was not always the case. “In the past, it was believed that women were usually to blame for fertility problems,” says Brigitte Leeners’ predecessor Bruno Imthurn. “They could then be sent away for a water cure to become fertile. And it often worked; the women became pregnant. However, the reason was not the cure itself, but a romantic tryst with a “cure companion”. “Heterologous insemination is what we call it in medicine,” says Bruno Imthurn.

Perfectly normal test-tube baby
Imthurn has had a pivotal impact on the development of reproductive medicine in Switzerland over the past decades. Under his leadership, several thousand babies have been born at the USZ Fertility Center. In summer, he was made professor emeritus.

A momentous year for the development of reproductive medicine was 1978, when British researchers celebrated their first in vitro fertilization success. This led to the birth of Louise Brown, the first test-tube baby. Across the world, the event was hailed as a scientific breakthrough and was to profoundly change the possibilities of reproductive medicine. Up till then, doctors had mostly prescribed hormone therapies to boost fertility – with rather modest success. In vitro fertilization, on the other hand, opened up completely new perspectives for using modern techniques to conceive babies, and to grant couples with fertility problems the chance to have children, too.

As with many scientific and technical innovations, critical voices were raised at Louise Brown’s birth. “A step towards homunculus” was the title of the German news magazine Der Spiegel, and the then Archbishop of Canterbury even claimed it to be the work of the devil in an article he published in the papal newspaper Osservatore Romano. Reproductive medicine continues to be a red rag to the Catholic church. Louise Brown, on the other hand, has been able to lead a quite normal life over the last 40 years – once the media hype at her birth had died down. She is mother of two children and has an office job in Bristol, England. In the meantime, thousands of children have been conceived in test tubes. In vitro fertilization is nothing out of the ordinary: In Switzerland, around 2,000 children are born this way every year.

Hoping for a miracle
In vitro fertilization procedures have steadily improved over the last four decades, in part thanks to research conducted by Brigitte Leeners and Bruno Imthurn. “We are able to carry out each step of the artificial insemination process with ever greater precision,” says Imthurn. As a result, the chance of a successful pregnancy and the birth of a child – Imthurn calls this the “take-the-baby-home rate” – has risen from an initial 10 percent to 70 percent today. In other words, a good two-thirds of all couples undergoing treatment at the USZ leave in threes – or in fours. This is because the chance of a twin birth continues to be slightly higher with in vitro fertilization. However, multiple births are no longer as common as in the early days of the procedure. Here too, research and medicine have made considerable progress.

However, there is still no guarantee of couples being able to have a child. “We have many ways of helping couples become parents today,” says Bruno Imthurn. “But whether it actually works always remains to be seen. The creation of a child is and forever will be a miracle”. This is the miracle that the couples sitting in Brigitte Leeners’ office for their initial consultation are hoping for. The strength of the USZ Fertility Center is the personalized nature of the discussion, says Leeners. “Ultimately, it’s all about personal dreams and goals. That’s why we aim to find the right path for each individual couple.”

At the beginning of a treatment, the first thing to be examined is why the couple has not been able to conceive. The reasons are usually biological and are only rarely related to excessive stress or psychological problems. However, medical clarification is only one aspect; social and psychological issues are another. “We take a holistic approach,” says Leeners, who is also trained in psychotherapy. In the consultation, she also has to verify that the couple is capable of taking on the role of parents and that the relationship is stable. “If the treatment works, parents will be responsible for taking care of the child at least until the age of 18 and must be present in the child’s life,” says Leeners.

Parents at 60?
Such responsibility is difficult for some couples – due to social and health reasons, such as alcohol or drug addiction, for example, or if the relationship is abusive. If in doubt, the reproductive medicine specialists assess the risk factors and collaborate with other specialists to find solutions. Leeners remembers an incident where a woman came to the clinic three times in a row, each time with a new partner – a far cry from the stable conditions needed for starting a family. Health problems can also seriously question the viability of having children: a serious illness such as multiple sclerosis, for example, or if the woman suffers from heart problems in combination with other diseases. Since pregnancy already puts a strain on the body, this condition could become life-threatening if the woman were to carry a baby. The decision for a pregnancy is therefore taken with the utmost care. Where the constellation of factors is critical, an analysis is made by a whole team of doctors, nurses, embryologists, psychologists and ethicists together. Ultimately, they are the ones who decide whether fertility treatment is appropriate. “There are cases where we have to turn a couple down,” says Leeners, “but they are rare.” Everything focuses on the welfare of the future child. This also applies when older couples want to use reproductive technology to have children at a later stage in life. Becoming parents at 60 carries high risks, the doctor says, and is also extremely questionable from the children’s perspective. Here, she says, constructive decisions must be made as to what is appropriate.

Men may feel guilty
Once the decision for treatment has been made, couples often face a long journey until they can hold their baby in their arms. In vitro fertilization is more complex for the woman than for the man. This can make men feel guilty – especially if they are the cause of the fertility problems. After hormone treatment, which aims to promote the growth and maturation of several eggs, a small operation is performed to extract the eggs, a procedure that takes around 15 minutes. A fine hollow needle is used to aspirate them from the ovaries together with the follicular fluid.

In the laboratory, the eggs are then fertilized with previously separated motile sperm and cultivated in an incubator for up to five days. Then one or, more rarely, two embryos are transferred to the uterus — the moment when the couple start to build their hopes. “The chance that a pregnancy will occur in a cycle is 35 to 40 percent,” Brigitte Leeners says. If it doesn’t work, the process is repeated. Since the eggs can be frozen, the woman is under less physical stress in the following cycles than when the eggs were initially retrieved. If, after the third attempt, there is still no success, the parties then decide whether or not to proceed – or to discontinue the treatment.

In vitro fertilization leads to a rollercoaster of emotions ranging from hope, uncertainty, despair and disappointment to sometimes also guilt. It can put severe strain on a relationship. “In order to survive the ordeal, it is important that the couple sees artificial insemination as a joint project,” says couple and family psychologist Guy Bodenmann. “They must be equally convinced of the path they are taking, and they must take it together. This will increase their chances of success.” This commitment from both sides can help ease the stress. And may ultimately lead to the happiness, joy and euphoria of finally giving birth to their long-awaited baby. Thanks to the potential of reproductive medicine, the chance of this happening now has never been greater.

Bidding the dream farewell
However, for about one-third of the couples treated, there is no resulting pregnancy and they must finally bid farewell to their long-cherished dream. “This is often no easy step,” says Bruno Imthurn. For Guy Bodenmann, it takes a certain humility, even if people are less willing to hear this today. Because the feasibility of a pregnancy exists, expectations are high – but, in the end, a child is still a gift of nature, says the psychologist. Partnerships cannot be planned, and the dream of parenthood cannot always be fulfilled, despite all the medical resources available. “It’s easier to come to terms with the situation when the two partners give each other mutual support,” says the psychologist.