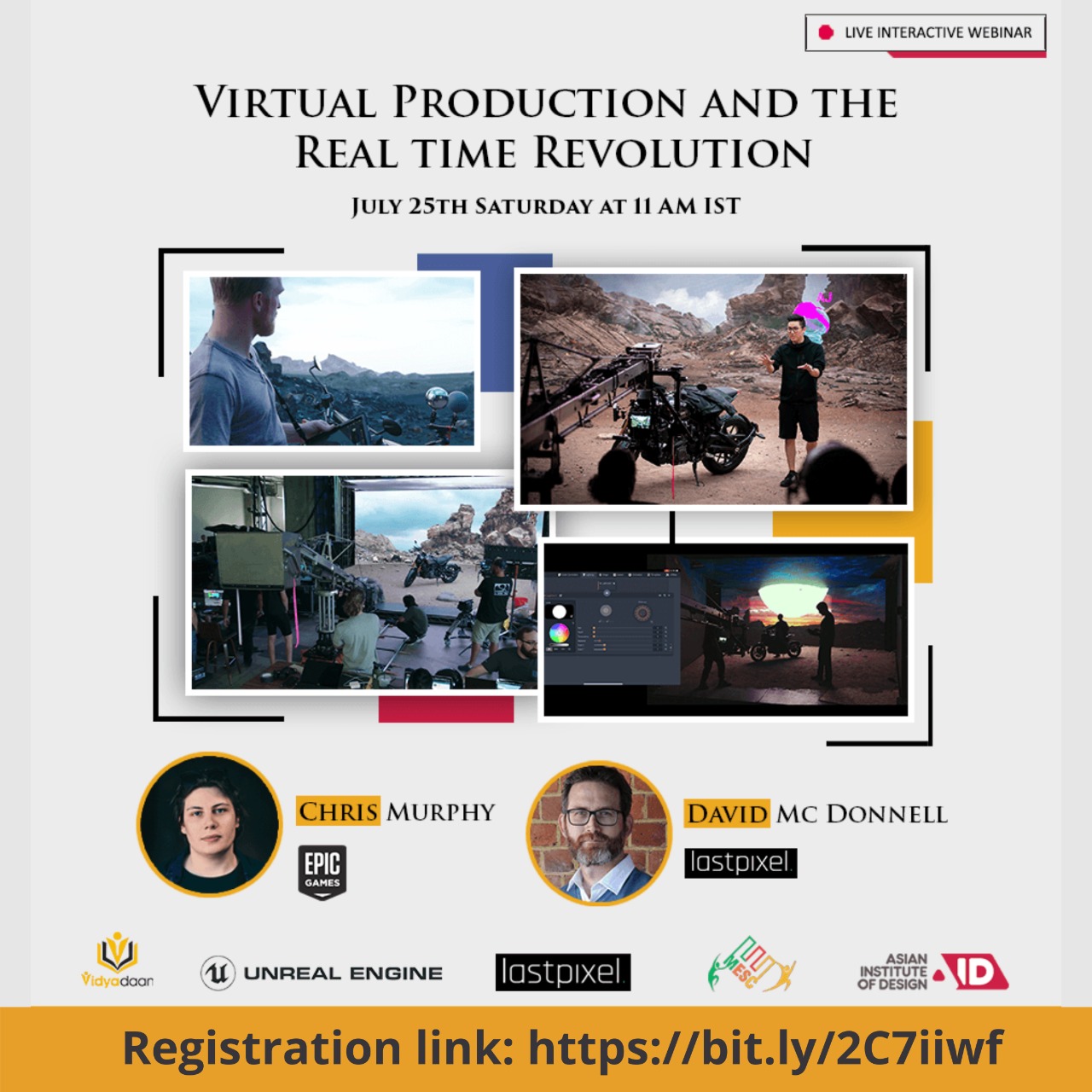 Unreal Engine brings a webinar on Virtual Production and The Real-Time Revolution on July 25th from 11am onwards. Get to know of the breath-taking factors associated with modern day film making and game development in this knowledge and fun packed interactive webinar with industry stalwarts Chris Murphy and David McDonnell

Chris Murphy is an Evangelist for Epic Games with Game Development credits across PC, VR, Console and Mobile. Chris has over a decade’s experience with Unreal Engine. He is a Bachelor of Computer Science and a Bachelor of Multimedia, culminating his broad skill set across a range of game development disciplines. Chris’ role as Evangelist for Epic Games is to help independent game developers build successful games with Unreal Engine 4 through support, training and education.

David McDonnell is a creative director, visual effects artist and visual effects supervisor with over 20 years of experience across animation, video games, documentaries, film and TV. David is an owner-director of Perth based animation and visual effects studio Last Pixel where he heads the visual effects and TV commercial department. In the recent years, he has been working in the realm of Virtual Production, developing a VR previz and storyboarding toolset that was used in the feature film ‘I Am Mother’ as well as supervising 260 VFX shots for the film.