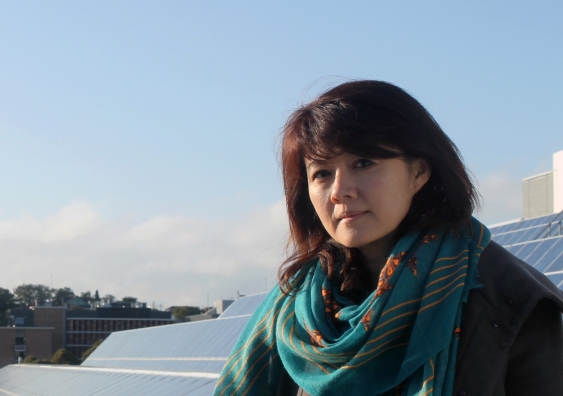 Scientia Professor Amal from UNSW Engineering has been awarded the 2021 Chemeca Medal by the Australian and New Zealand Federation of Chemical Engineers (ANZFChE), the most prestigious award in the chemical engineering profession in Australia and New Zealand.

The award is in recognition of her world-leading research in the fields of fine particle technology, photocatalysis and functional nanomaterials, which has profound implications for solar and chemical energy conversion applications such as treating water, purifying air, and generating renewable hydrogen economically and sustainably.

“When I came to Australia as an international student 38 years ago to pursue my Chemical Engineering degree at UNSW, I never dreamt that one day I would be awarded such a prestigious medal. I feel extremely honoured to be selected as the 2021 Chemeca medallist,” Prof. Amal said.

“Since the beginning of my academic career, I have been passionate about research in sustainability. We need to make sure that the future generations have a planet they can live in comfortably.

“In the nineties my research focused on designing particle and catalyst systems to treat chemical pollutants so that they would not end up in our environment. More recent research focuses on harnessing solar energy to produce chemicals and fuels, such as hydrogen. Australia has abundant sunlight, and we should do more in harnessing our solar power.”

“Rose is at the forefront of fundamental particle and catalysis R&D in Australia in areas which directly impact people’s lives. She has made significant contributions to this research over the past 15 years.

“Her current research on using the sun’s energy as a clean fuel source is an exemplar of future sustainability.”

“This award is a wonderful recognition of the work and impact of Professor Amal as a true leader in her field. We are immensely proud of her research which is translating into real-world applications to benefit the community,” Prof. Foster said.

Prof. Amal leads a team at the University investigating the potential to grow a new industry that will use cheap excess renewable energy to make fuel, chemicals and feedstocks to power a range of NSW infrastructure. This research group will work with the NSW Office of the Chief Scientist & Engineer.

She is also part of a consortium, led by UNSW, which will work with partners in Germany to test the feasibility of a renewable energy-based hydrogen supply chain between the two countries.

The Chemeca Medal is awarded to a prominent Australian or New Zealand Chemical Engineer who has made an outstanding contribution, through achievement or service, to the practice of Chemical Engineering.