As states slowly start to lift some restrictions on social distancing, Professor Mary–Louise McLaws from UNSW Medicine says that we should not become complacent, recommending a staggered approach to easing restrictions.

She says that the phase where we see a tail – after we’ve gone from a flat curve to very low figures – is the most dangerous time to start assuming that life’s back to normal.

“As an epidemiologist, I would want to wait until at least June before we see restrictions starting to lift,” says Prof McLaws.

“That gives the authorities more time to do their target testing of hotspot communities to reveal hidden cases, which they’re already doing, and more time to evaluate those results.”

While we are still recording new cases in Australia, instead of a state-wide rollout, Professor McLaws suggests a localised approach. She says that we should continue to do testing, particularly in areas where we think we haven’t had any cases, before rolling back restrictions in those areas.

“For areas which are considered hotspots, we should then only lift restrictions when the number of new cases is very low in that community.

“While this approach requires a lot of custodianship and coordination at a local government level, it prevents people from moving outside of an area with a high number of cases, while protecting the communities with fewer cases.

“Testing in May before losing restricts would also allow us to identify the areas where restrictions can safely be relaxed – and it would give at least three more average incubation periods for cases to show themselves.” 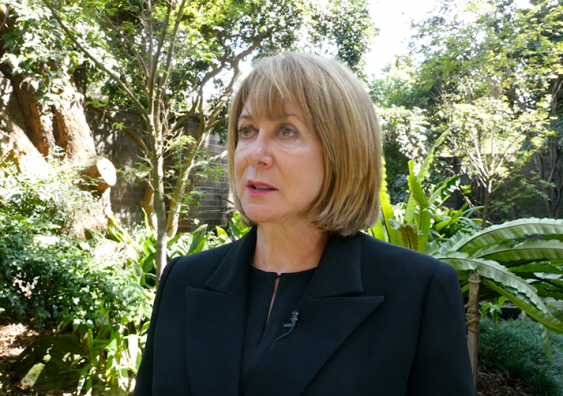 Professor Mary-Louise McLaws is an epidemiologist and an advisor to the World Health Organisation . Photo: UNSW

If Australia continues to record a very small number of new cases or none at all, any outbreaks, such as the cluster of cases in the abattoirs in Victoria this week, will look like a huge spike on the curve.

“You usually have a tail of one, two or mainly zero cases for a long time, then you may get a cluster like the abattoir workers and it’ll seem like a big spike,” she says.

As an advisor to the World Health Organisation, Professor McLaws says that she would be aiming for zero new cases to ensure we don’t see any additional spikes.

“While the absolute value of new cases is not large, you need take into account all the contact they may have had with other people which could mean two or three times more cases.”

Professor McLaws says that these types of incidents are a sobering reminder that rushing to lift restrictions can have catastrophic effects.

She says that until we know more about how the outbreak started in that environment, it shows us the problems of allowing a group of people to gather in a confined area.

“These environments are super-spreading events or an amplifier – such as people going back to work too soon or having too many people in the gym.”

Countries such as Spain and France, who have had some of the toughest restrictions yet, have also started to slowly ease some of those. Professor McLaws says that before we can learn from other countries, we need more time to see what the effects of relaxed restrictions are.

“I think that it’s too soon to understand whether lifting of their restrictions has been premature, given Europe has huge numbers of still active cases,” she says.

“Certainly, in places like the United States, where you’ve got high population density and high prevalence of current cases, it’s way too soon to lift sanctions without other strategies.

“For example, in places like New York City, they may consider loosening their restrictions but with caveats such as mask wearing in public, just until they can identify whether or not they’re still on the upward trajectory for their caseload.” 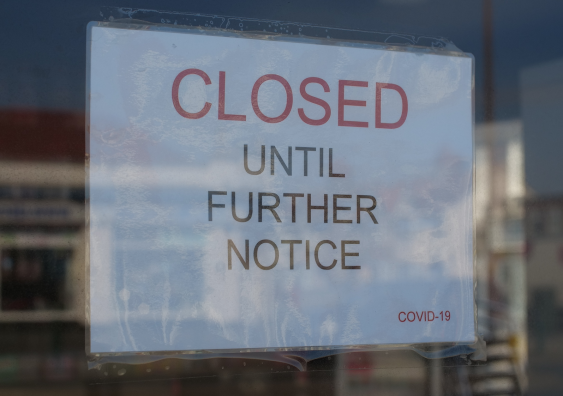 Professor Mary-Louise McLaws says we should not be rushing to lift restrictions and doing so can be dangerous. Image: Shutterstock

Prof McLaws also says that countries in the northern hemisphere are moving into the warmer seasons, which could play a role in the way the virus behaves. A lot of viral infections are seasonal, and if SARS–CoV–1 is similar to SARS–CoV–2, it could have a lower chance of survival in the warmer months.

“Our own behaviour can also be a contributing factor to seasonal effects,” she says.

“Because it’s cold, we generally cluster inside and someone who may have the sniffles and possibly incubating SARS–COV–2 can push the droplets out, particularly to those within one and a half to two metres.

“It creates this super-spreading opportunity for the virus – so it’s a dangerous time for us to roll back the restrictions without knowing that we’re doing it safely in an atmosphere of hidden cases.”

The fight is far from over

Professor McLaws says that authorities should continue to press the fact that even though they’ve started to slowly ease some of the restrictions, social distancing shouldn’t be reduced or changed already.

“Anecdotally, I’ve already started to notice that people are starting to relax their attitude about social distancing,” she says.

“It’s starting to creep back from the recommended 1.5 to 2 metres to being so close you can see all the patterns of the other person’s iris.

“I think it’s also important to remind people that hand hygiene and cough etiquette will remain important in our fight against COVID–19 for a long time.

“And stay home if you have even the mildest symptoms such as what would appear to be hay fever, or scratchy throat, lack of smell or taste.”

For the first time, a study – led by UNSW Medicine – has estimated a woman’s chances of having a second IVF baby.