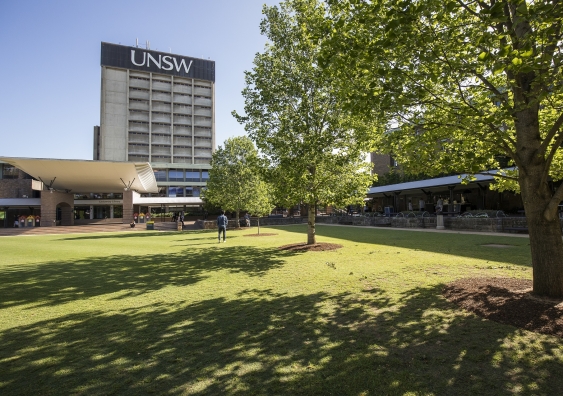 The UNSW Sydney Deputy Vice-Chancellor, Academic has been honoured with the Lemberg Medal for his excellence in biochemistry and molecular biology, and contributions to the scientific community.

The Australian Society for Biochemistry and Molecular Biology (ASBMB) has announced that UNSW Deputy Vice-Chancellor, Academic, Merlin Crossley has been awarded the 2021 Lemberg Medal.

This medal is the most senior award offered by the ASBMB.

“This is a great honour,” Prof. Crossley said. “It reflects the hard work of my students and post-docs over the years. I’m lucky to have a world class team of rising stars who are great scientists and great people. It’s also amazing to see how our years of basic science in molecular genetics is now being translated thanks to CRISPR gene editing.”

“Merlin has made a huge contribution to our understanding of blood disorders, particularly sickle cell anaemia and thalassemia – these are among the world’s most prevalent single gene defects, with more than 300,000 affected kids born each year globally. Looking at past winners, his name is now up there among the greats of Australian biomolecular science. I applaud him on this well-deserved accolade.”

UNSW Dean of Science, Professor Emma Johnston, said: “We are immensely proud of our Biomedical researchers and Professor Crossley represents an exemplar of this remarkable team. His discoveries are a clear example of how scientific research creates opportunities to improve lives. Moreover, Professor Crossley continues to mentor and inspire young scientists and he supports a collaborative team who are passionate about discovery research.”

Prof. Crossley’s lab focuses on understanding how mammalian genes are regulated with a view to therapeutically manipulating gene outputs. He began from the very beginning – investigating the DNA-elements in the control regions of genes involved in important genetic diseases, haemophilia, and sickle cell anaemia.

He was the first to identify several DNA-binding proteins that operated through these elements, and isolated important cofactor proteins that mediated the activity of these DNA-binding proteins. Now that we better understand how human genes are regulated, it is becoming possible to use CRISPR gene editing to introduce beneficial mutations that boost gene expression, as a new form of gene therapy for inherited blood disorders.

In 2010, Prof. Crossley became UNSW Dean of Science at UNSW. In 2016 he began leading teaching at UNSW as Deputy Vice-Chancellor, Academic.

University of Sydney: The secret of cells could be in their…

University of Sydney: Fifth of global food-related emissions due to transport

University of Sydney: The secret of cells could be in their yo-yo-like tendencies

University of Sydney: Fifth of global food-related emissions due to…

University of Sydney: The secret of cells could be in their yo-yo-like…