For as long as humans have walked the earth, people have used dance as a way to tell stories, capture emotions and come together in culturally significant moments.

While dance on film is a relatively new artform in contrast to these ancient origins, it has quickly become a valuable way of making important stories highly accessible.

Founding director of the ReelDance Festival, Dr Erin Branigan from UNSW’s School of Arts and Media, recognised the need to archive and track the growth and development of dance on screen.

ReelDance began in 1999 as a response to the growth in choreographic, screen-based works both internationally and in Australia and New Zealand.

Under Dr Branigan’s guidance, the first ReelDance Festival was staged in 2000 a one-off screening in Sydney’s Chinatown that became a biennial event with an ever-growing tour schedule.

In 2009, the Australia Council for the Arts granted ReelDance the status of ’emerging key organisation’.

After 12 years as a world-leading organisation dedicated to commissioning, exhibiting, promoting and collecting Australian and international dance on screen, ReelDance closed on 31 August 2012.

The development of the ReelDance Archive, along with the biennial Dance on Screen festival, has been one of ReelDance’s major achievements. 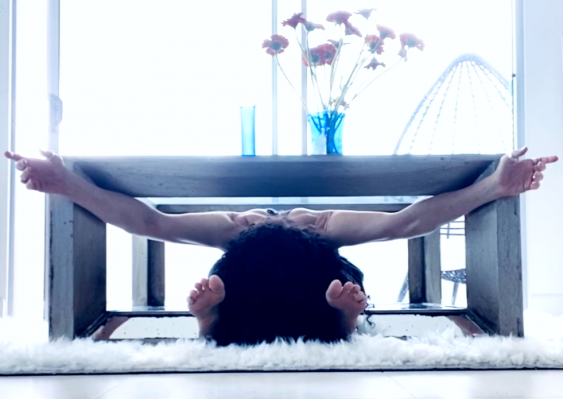 The collaboration between the UNSW Library and the School of Arts and Media has made this important archive highly accessible for researchers, students and the general public. Photo: Dr Erin Branigan

UNSW now holds the digital archive of ReelDance – which contains significant examples of local and international dance on screen through the 1990s and 2000s.

The archive tracks the development of dance on screen as an art form over two decades in Australia and internationally through the work of more than 200 renowned and emerging artists.

The launch of UNSW Library’s Digital Collections has played a big part in allowing this important archive to become highly accessible and showcase this collection to a wide audience.

Dr Branigan is delighted with the newly accessible nature of the archive and UNSW’s role in delivering it.

“The collection is a slice of Sydney’s cultural history, an important part of choreographic documentation of Australian dance artists across the early 2000s, and a great resource for the field of dance and dancefilm nationally and internationally,” she said.

“This is one of UNSW’s cultural assets that is outward facing, and an important collaboration between UNSW Library and researchers in the School of Arts and Media – a partnership that we hope to continue.”

UNSW Library’s Curator of Special Collections and Exhibitions Jackson Mann is very pleased the archive will be available on the Digital Collections platform.

“I think students, academics and members of the public who are researching Australian dance and dancefilm will find it a delight to navigate through this collection on such an accessible and robust platform,” he said.

“Through allowing users to explore the films via the creators and contributors involved in each work, this interface uncovers the networks that exist within the collection.

“The ReelDance Archive is the first of many unique collections held by UNSW or created by UNSW researchers that will find a home within our Digital Collections.”

The archive provides resources for teaching, research and artistic development in dance, an art form that is notoriously difficult to pin down as an object of study.

Among practices where dance and the moving image co-exist, the collection documents developments in single-screen work across a crucial historical period.

This archive has been curated by Dr Brannigan alongside Alessio Cavallero and Tracie Mitchell, and features the work of artists such as Cobie Orger, Kate Murphy and Shona McCullagh.

UNESCO to build capacity of TADIO in strategic planning and entrepreneurship