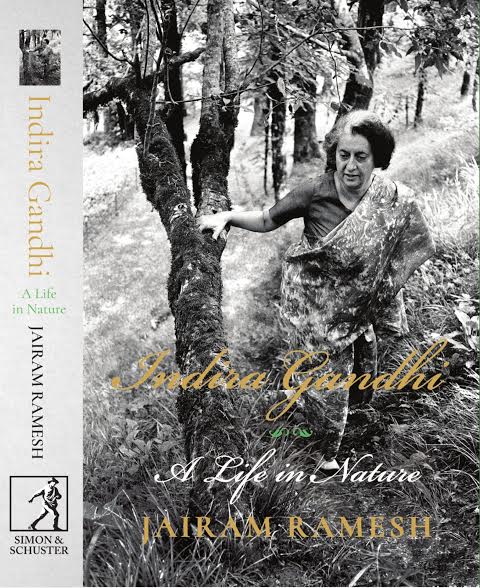 Mumbai: ‘Woman of the Millenium’ was the title won by Indira Gandhi in the polls organized by the BBC in 1999. The first female Prime Minister of India, Indira Gandhi was known to be a passionate yet controversial politician. Much has been written, discussed and analysed about her career as a politician and as the PM but her love for environment and how it shaped the environmental laws and decisions during her tenure has been overshadowed. BNHS is set to host the release function of ‘Indira Gandhi – A Life in Nature’ penned by Jairam Ramesh, MP and former Minister of Environment and Forests, which narrates the compelling story of Indira Gandhi – the naturalist on Monday, 10th July at Hornbill House.

Drawing extensively from unpublished letters, notes, messages and memos, ‘Indira Gandhi: A Life in Nature’ offers a lively, conversational narrative of a relatively little known but fascinating aspect of Indira Gandhi’s tumultuous life. Equally, the book acts as a compass to India at a time when the country faces the formidable challenge of ensuring ecological security and sustainability in its pursuit of high economic growth.

BNHS has a strong association with this powerful personality, both having shared the same passion for biodiversity conservation. Indira Gandhi was a patron of BNHS, working closely with Dr Sálim Ali to pass landmark decisions for conservation. The decisions taken by her and laws passed during her tenure went a long way to protect and conserve the environment.

BNHS cordially invites you to the release function of ‘Indira Gandhi – A Life in Nature’ on 10th July 2017 at 6:00 PM at the BNHS Hornbill House, Mumbai. An established politician and author of numerous bestselling books, Jairam Ramesh will shed some light on the book during the book release function.