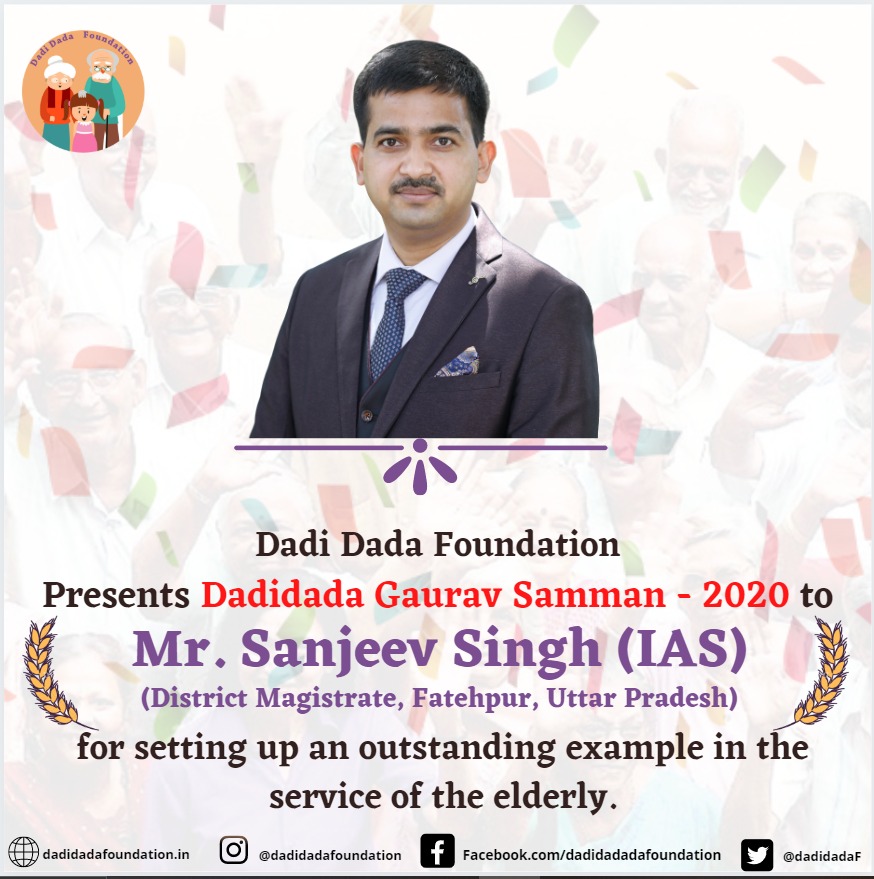 New Delhi: Dadidada Foundation, which works for the welfare of India’s 18 crore senior citizens, has announced to honour IAS Sanjeev Singh of 2012 batch with DadiDada Gaurav Samman. The award will be felicitated to him on the eve of the International Senior Citizens Day at New Delhi. The foundation decided to honour him for his exemplary services to elderly people. Significantly Mr Sanjeev Singh is currently serving as the collector of Fatehpur district in Uttar Pradesh.

While announcing the award of DadiDada Gaurav Samman to Fatehpur District Magistrate Sanjeev Singh, Foundation Director Muni Shankar said that “Fatehpur District Magistrate Sanjeev Singh has served the elder people like a son, his work towards them is overwhelming and appreciable.”The kindness he has shown for Rampyari aka Bhagwati Devi of Sahabasi village has inspired all of us to serve the elderly in the right sense of it.”