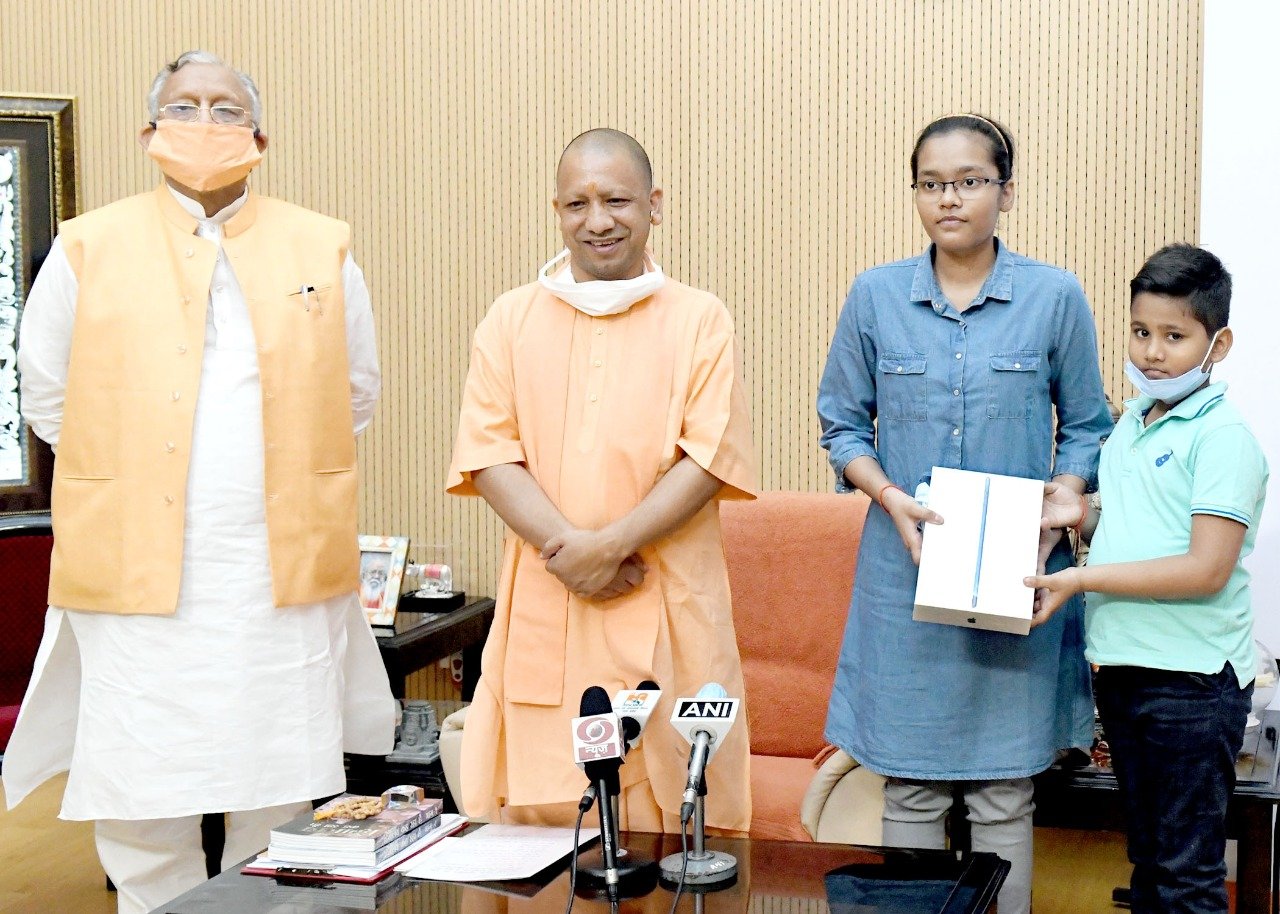 New Delhi: Akanksha Singh was felicitated by Uttar Pradesh Chief Minister Shri Yogi Adityanath in Lucknow today. Akanksha did her District and the Institute proud by securing All India Rank (AIR) 2nd in the prestigious NEET 2020 examination, results for which were announced recently. She got a perfect score i.e. 720 out of 720 which is the first time in the history of national medical entrance examinations in India.

Mr. Yogi Adityanath also announced to bear all the expenses of Akanksha’s higher studies including fooding and lodging at AIIMS. He directed the Chief Secretary of the state to ask the expenses from the family and provide the sum of the amount at one go so that the family doesn’t have to go through any difficulties in the future.

Hailing from Village Abhinayakpur in District Kushinagar in eastern Uttar Pradesh, Akanksha has achieved this result fighting against all odds.