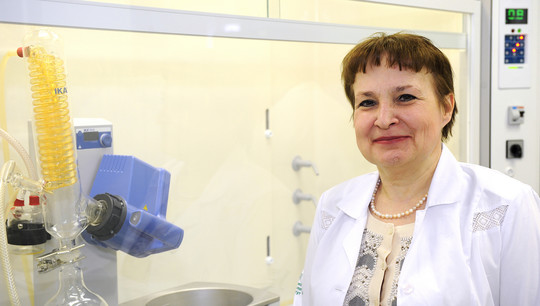 Ural Federal University scientists together with their colleagues from the Petrov National Medicine Research Center of Oncology are developing new functional foods with biologically active substances (BAS) of plant origin for the prevention of background, precancerous and oncological diseases. By 2023, scientists at the Petrov National Medicine Research Center of Oncology should test and confirm the effectiveness of BAS from plant extracts, Rossiyskaya Gazeta reports. It is assumed that BAS will reduce the dynamics of metabolic syndrome, benign prostatic hyperplasia, prostate cancer, mastopathy, breast cancer. The most active and safe substances will become the basis for functional products.

Researchers from UrFU will extract BAS from plants using chemical and enzymatic methods, ultrasound treatment, and supercritical fluid technology. As Elena Kovaleva, professor of UrFU, PhD in Chemistry, told Rossiyskaya Gazeta, they will design cheeses with vitamins and antioxidants, vegetable oils and milk with antioxidants, yogurts with vitamins that are produced by microorganisms in the technological process, rather than being introduced into the product in the form of suspensions.

“For example, hard cheese with astaxanthin, which is a powerful antioxidant. After it was added to the formulation, it changed the organoleptic properties of the cheese – its color became bright orange and its taste became creamy,” the scientist said.

“Astaxanthin and isoflavonoids have shown good anti-carcinogenic activity in animal tests. These substances have a complex action and other properties: anti-inflammatory, antioxidant, anti-diabetic, anti-aging. For example, isoflavonoids are consumed in large quantities in Eastern countries along with soy. Thanks to this diet, these nations produce enough specific bacteria that prolongs youth, health and longevity”, explained Elena Kovaleva.

She believes that functional nutrition should be a part of every person’s diet. Its digestibility is higher than that of dietary supplements, which means higher efficiency.

“Man lives less than he could, because he doesn’t eat right and leads an inactive lifestyle, has bad habits, etc. In our time, when medicine is well developed, there is no hunger, a person should live more than 100 years, only from the age of 120 should the first signs of old age appear. If we were closer to nature and received only necessary substances with food and air, were more active, and tried to resist stress, we would not fall ill with serious illnesses”, researcher says.

According to Elena Kovaleva, for example, a person’s need for sweetness is acquired. At the same time, cravings can lead to diabetes. Functional nutrition with steviosides can solve the problem. Nutritious sweets with such additive will be developed by the team of scientists of Ural Federal University and Institute of Immunology within the frames of other research. These sweets should be nutritious and have no negative effect on the body.