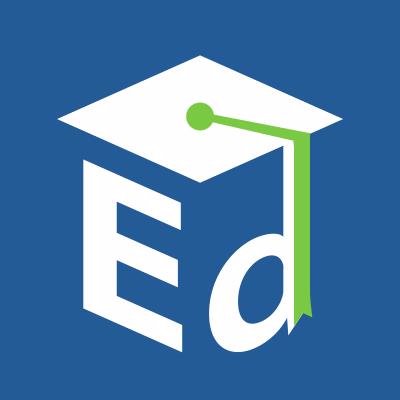 Today, the U.S. Department of Education (Department) released proposed regulations that would expand and improve the major student loan discharge programs authorized by the Higher Education Act. The regulations propose to alleviate student loan debt burdens for borrowers whose schools closed or lied to them, who are totally and permanently disabled, and for public service workers who have met their commitments under the Public Service Loan Forgiveness (PSLF) program. The regulations also propose stopping many instances of interest capitalization, which occur when unpaid interest is added to a borrower’s principal balance, increasing the total amount they owe. Finally, the regulations propose to give borrowers their day in court if they have disputes with their colleges. Today’s proposals build upon the work the Biden-Harris Administration has already done to improve the student loan program, make college more affordable, and deliver tens of billions of dollars in relief to over one million student loan borrowers across the country.

“We are committed to fixing a broken system. If a borrower qualifies for student loan relief, it shouldn’t take mountains of paperwork or a law degree to obtain it,” said U.S. Secretary of Education Miguel Cardona. “Student loan benefits also should not be so hard to get that borrowers never actually benefit from them. The Biden-Harris Administration is determined to build a more accessible, affordable, and accountable student loan system. These proposed regulations will protect borrowers and save them time, money, and frustration, and will hold their colleges responsible for wrongdoing.”

This regulatory package is part of the Biden-Harris Administration’s continued commitment to making student loan programs work, including delivering targeted relief to eligible borrowers and ensuring they have an affordable and effective path out of debt. The Administration’s efforts to date have resulted in the approval of nearly $26 billion for more than 1.3 million federal student loan borrowers, more than any other Administration in history. When finalized, these proposed regulations would establish lasting improvements to federal student loan programs that address concerns the Department has heard from borrowers and experts throughout the regulatory process.

“We’ve heard from borrowers who have faced roadblocks when attempting to pursue the loan relief they’ve earned or are entitled to,” said James Kvaal, Under Secretary of Education. “Whether it is for closed school discharges, borrower defense claims, PSLF, or relief after a total and permanent disability, borrowers have had to navigate narrow rules and a needlessly complicated system. What’s worse, borrowers whose schools lied to them can’t pursue litigation because restrictive and unfair arbitration requirements and class action bans were foisted on them by their colleges. Borrowers should not have to jump through hoops to get the relief they deserve. The regulations we’ve proposed today would remove many of those barriers and help create a federal student loan system that works better for borrowers.”

The proposed regulations will be published in the coming days and the public is invited to comment on the proposed regulations for 30 days. The Department aims to finalize these rules by November 1 of this year, meaning they will take effect no later than July 1, 2023. The rules propose needed and critical improvements to the student loan system including:

Borrower defense to repayment and arbitration

The proposed regulations would create a fair path for borrowers to receive a discharge if their colleges lied to or took advantage of them. This includes allowing for group claims, eliminating overly strict limits on when borrowers can file a claim, expanding the type of misconduct that can lead to an approved claim to include aggressive and deceptive recruitment practices, and ensuring borrowers receive timely decisions about their claims.

To curb predatory behavior by colleges, the Department proposes a strong process for recouping the costs of such discharges from the college, running for at least six years following the borrower’s last date of attendance at the school. The Department also proposes ensuring that borrowers whose schools take advantage of them be allowed their day in court, by prohibiting colleges from requiring borrowers to sign mandatory pre-dispute arbitration agreements or class-action waivers. Additional transparency into arbitration proceedings that do occur will help the Department investigate possible wrongdoing.

The Department proposes to make it easier for borrowers working in public service to gain progress toward forgiveness. Specifically, the Department proposes allowing more payments to qualify for PSLF including partial, lump sum, and late payments, and allowing certain kinds of deferments and forbearances (such as those for Peace Corps and AmeriCorps service, National Guard duty, and military service) to count toward PSLF. The Department also proposes to ensure the rules work better for non-tenured instructors whose colleges need to calculate their full-time employment. It also seeks comments on how best to consider the eligibility for PSLF of doctors providing services at nonprofit hospitals in states that prohibit their direct employment by that hospital and employees of for-profit early education programs that are licensed and regulated. The Department also proposes to create a formal reconsideration process in the regulations for borrowers whose applications are denied.

These proposed regulatory changes would build on parts of the limited PSLF waiver that the Department announced in October 2021. That waiver allows borrowers to count all their payments toward PSLF, provides for an automatic reconsideration process for borrowers whose payments or applications were previously denied, and provides for some automatic application of credit towards forgiveness. However, not all of the limited PSLF waiver provisions are included in the proposed regulations due to statutory restrictions. Borrowers seeking to count their payments on Federal Family Education Loans toward forgiveness should apply for PSLF before October 31, 2022.

The Department proposes to protect borrowers from seeing their balances balloon by removing instances of interest capitalization wherever it is not required by statute. Interest capitalization occurs when accrued interest is added to the principal balance of the loan, so that future interest accrues on a higher amount. The Department proposes to eliminate capitalization when a borrower enters repayment, exits forbearance, defaults on a student loan, and exits most of the income-driven repayment plans. These changes will help borrowers who struggle to repay their loans.

The proposed regulations would help more borrowers who are totally and permanently disabled receive and keep the discharge they are entitled to under the law. The proposed regulations would allow for a broader set of disability statuses recognized by the Social Security Administration (SSA) to qualify for discharge, eliminate the three-year income-monitoring period for borrowers who receive discharges based upon a determination by a physician or SSA, and widen the types of documentation and signatures borrowers may submit to demonstrate they are eligible for relief. The Department is particularly concerned that the income monitoring requirements have caused far too many borrowers to lose their discharges even though they still have low incomes.

In recent years, the Department has seen a significant number of college closures, and often these schools leave borrowers holding debt but no degree. Many of those borrowers default on their loans after the closure. The proposed regulations provide automatic discharges to any borrower who was enrolled within 180 days prior to the closure and who didn’t complete their education at the school or via an approved teach-out agreement at another school within one year after the closure of their original school.

The Department proposes to streamline the rules for when a college falsely certifies a borrower’s eligibility for student loans when, in fact, the student was ineligible. These proposed rules would provide these borrowers with an easier path to a discharge. These improvements include expanding allowable documentation and clarifying the applicable dates for a discharge. The Department also proposes to allow for group false certification claims, so that similarly affected borrowers don’t need to individually apply for relief when sufficient evidence exists.

An Equitable Agenda for an Education Beyond High School

The proposed regulations released today are the latest action in the Department’s ongoing agenda to support a stronger, more equitable student aid system. The Department launched negotiations on affordability and student loan issues with a series of public hearings in June 2021. The negotiating committee, which was formed to develop proposed language, reached consensus on three of the issues being announced today: interest capitalization, total and permanent disability discharges, and false certification discharges. The negotiating committee also reached agreement on regulations governing a statutory change to make incarcerated individuals eligible to receive Pell Grants. Those regulations and the income-driven repayment changes negotiated by the committee will be released in a separate notice this summer.

After negotiating on key issues to ensure a strong student loan safety net, the Department also formed a committee and negotiated critical issues related to ensuring accountability for colleges and programs that receive federal aid. Proposed regulations for two of those issues, the 90/10 rule and rules governing changes in ownership for colleges, will be released along with the rules surrounding Pell Grants for incarcerated individuals and income-driven repayment.

The remainder of those issues, including the Department’s landmark gainful employment regulations that would require career training programs to meet minimum standards for their outcomes to retain eligibility for federal aid, will be released in early 2023.

The proposed regulations released today are part of the Administration’s ongoing efforts to address challenges in the student loan system with long-term improvements. The Biden-Harris Administration has already approved nearly $26 billion in targeted student loan relief for more than 1.3 million borrowers through executive action. This includes:

The Department also recently announced steps to remedy long-standing problems in the income-driven repayment plans that will help tens of thousands of borrowers receive forgiveness through that program and through PSLF.