Mazierski, a vertebrate palaeontologist and associate professor of biomedical communications at the University of Toronto Mississauga, teaches a scientific drawing class. The skulls were needed for his nearly 50 undergraduate students to complete one of the course’s exercises.

Normally, rows of drawing stations would be set up in one of the biology department’s laboratories so students can observe and sketch primate skulls.

But with teaching forced online by the global COVID-19 pandemic, Mazierski needed to get creative since there wasn’t a space large enough to accommodate students in safe, physically distanced manner and the primate skulls were too valuable and too fragile to lend out.

So, Mazierski got approval to borrow the program’s 3D printer. He researched online repositories for 3D data for skulls and settled on the bat-eared fox.

“It’s got interesting teeth,” he says, holding up a resin model of the skull. “It’s slightly smaller than life, but it’s large enough that students can see the features we want them to understand, and to draw the various elements of the skull. The size and shape was easy to print as a single object and to clean.”

He taps the desk with the 3D print. 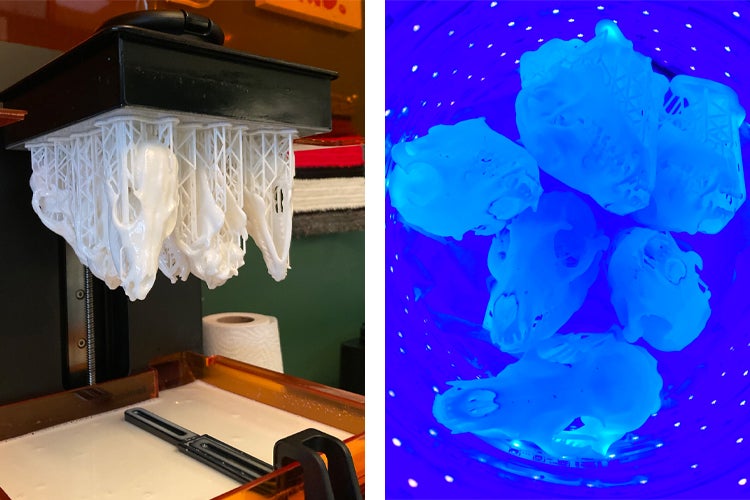 “It took 22 hours to print them nine at a time (the maximum the desktop 3D printer could produce) and another 20 minutes per skull to remove them from the build platform and clean them,” says Mazierski.

He then packed the models into envelopes for each student, along with grids and a stand that he built from pine boards. 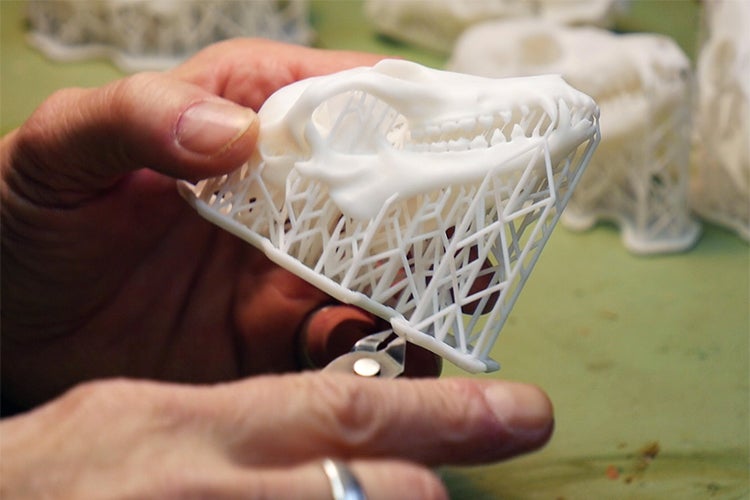 Many students collected their skulls from lockers in the biology department, but some supplies had to be mailed to students as far away as British Columbia, Ireland and Pakistan.

Laboratory drawings are a standard part of life science studies. In comparative anatomy courses, for example, students are expected to create manuals in which they draw their observations.

“In vertebrate palaeontology, you have to be able to draw your specimen to report it for publication,” Mazierski says.

Encouraging people to draw is sometimes a way to encourage them to learn in a different way.

“While you’ve got to draw the line somewhere, a scientific drawing can’t be vague or ambivalent. If it’s going to be accurate and convey information, all those lines must have meaning,” Mazierski says. “The act of drawing forces you to understand.”