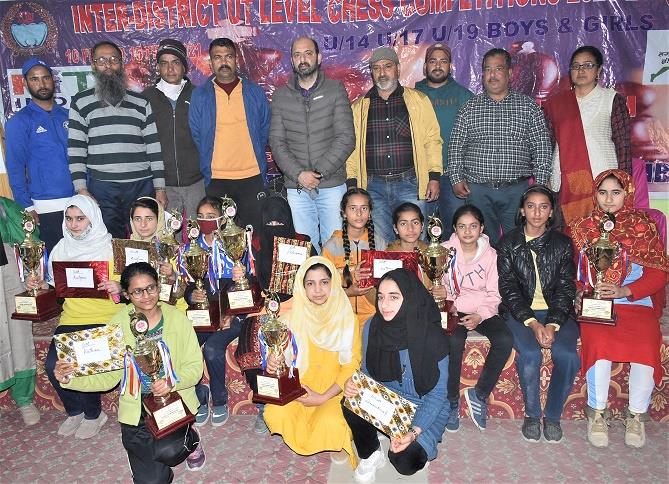 Ramba: Inter-district, UT-level Chess competition for girls for all age groups, organized by the Department of Youth Services and Sports, concluded here today.
Deputy Commissioner, Ramban, Mussarat Islam presided over the valedictory function held at Government Higher Secondary School.
Speaking on the occasion, the DC appreciated the Youth Services and Sports Department for organizing a UT level competition in which students from all the districts including Kashmir valley participated.
Urging the students to take sports as a full-time profession, the DC assured full cooperation to the sports department for organizing various sporting event in the district which shall provide them a platform to exhibit their talent.
District Youth Services and Sports Officer, Dharmveer Singh informed that as many as 81 girls from 10 districts of both the Divisions including districts from Kashmir valley participated in the Chess tourney.
In Under 19 year age group, the team from Kathua bagged the first position, while Budgam and Kulgam secured second and third spots respectively.
Similarly, in Under 17 category, the girls from Pulwama secured first position while Kuthua and Anantnag won the second and third position, respectively.
Kathua bagged first position while Kulgam and Pulwama were the first and second runner-up in the 14 year group district
Earlier, students of various schools presented a colourful cultural programme which enthralled the audience.
Later, the DC distributed prizes amongst the winners and participants.