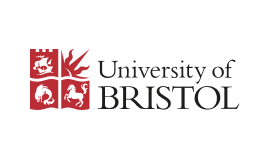 Vaccines must prevent infection, disease progression and transmission – in every country – to truly bring COVID-19 under control

An editorial co-authored by a member of the UK’s influential SAGE committee that advises the UK Government on COVID-19, and published in Anaesthesia (a journal of the Association of Anaesthetists) says that in order for the global COVID-19 vaccination program to be successful, the available vaccines must be able to do all three of: prevent infection becoming established in an individual, prevent disease progression and prevent onward transmission.

“Whether all three of these goals will be met by ‘first generation’ vaccines is not known, but is vital to the long-term success of the program,” explained co-authors Professor Sir Jeremy Farrar, Scientific Advisory Group for Emergencies (SAGE) and Director of the Wellcome Trust, and Professor Tim Cook, Consultant in Anaesthesia and Intensive Care Medicine at the Royal United Hospital NHS Trust, Bath and Honorary Professor at the Bristol Medical School.

“Preventing onward transmission – referred to as ‘sterilising immunity’ is particularly important as it is epidemic modifying. “It is possible that the first vaccines, including those being released now, may be more effective in preventing disease progression and hospitalisation and less effective in preventing transmission. Knowledge of their performance in pre-approval trials and in surveillance trials after licensure will enable further modifications such that improved second and third generation vaccines may be available later in 2021 and beyond.”

They also emphasised the importance of prioritising those most vulnerable and healthcare workers before the wider population. The authors stated: “Vaccination is a global rather than a national necessity. The WHO ACT-accelerator and COVAX initiatives both emphasise the importance of vaccines reaching the most vulnerable and healthcare workers in all countries at a similar time. Widespread vaccination of one or a few countries without addressing this need globally is in no one’s interests and will not provide the protection we all need.”

Locally they refer to the vast scale of the vaccination effort required, saying: “The scale of the UK vaccination program should not be underestimated: 1000 vaccination centres each vaccinating 500 people a day 5-days a week, without interruptions of supply or delivery, would take almost a year to provide two doses to the UK population. No country has mounted a whole population vaccination campaign in living memory, and it will need to be undertaken with local leadership and cultural sensitivity.”

It is estimated that around 20 per cent of the UK population may decline to receive the vaccine but the authors stated: “If 80 per cent were to be successfully vaccinated there would finally be the prospect of a degree of population (herd) immunity, which would reduce virus transmission in the community to very low levels and protect both those who are vaccinated and those who are not. In contrast to population immunity following natural infection, this would be achieved without the cost of an estimated half a million UK deaths.”

They also discussed the implications of widespread vaccination and the challenges for those who don’t get vaccinated. They asked: “Will a certificate of vaccination (a vaccine passport) be a requirement for patients and their families before elective surgery, or to work in health or social care, to travel abroad, or to attend medical conferences, or even to participate in the Olympics? On the one hand these may seem trivial questions, but they expose important ethical challenges about balancing the rights of the individual with our collective responsibility for public health. What sacrifices will those who choose not to be vaccinated be asked to accept? How will adherence be monitored and how will refusal in settings where public safety requires vaccination (for example in healthcare delivery) be managed?”

The authors make clear the vaccine is not a panacea, and that SARS-CoV-2 will only be brought fully under control by also continuing to adapt our behaviour, plus better access to diagnostics and treatments, but added: “safe and effective vaccines will undoubtedly change the trajectory of the pandemic, rebuild confidence and start to return the world to the ‘pre-COVID’ era.”

They concluded by emphasising that a global pandemic requires a global response, saying: “There is no merit or safety in creating high rates of vaccination and low rates of disease inside one country’s borders if this is not replicated throughout the rest of the world. We really are all in this together.”