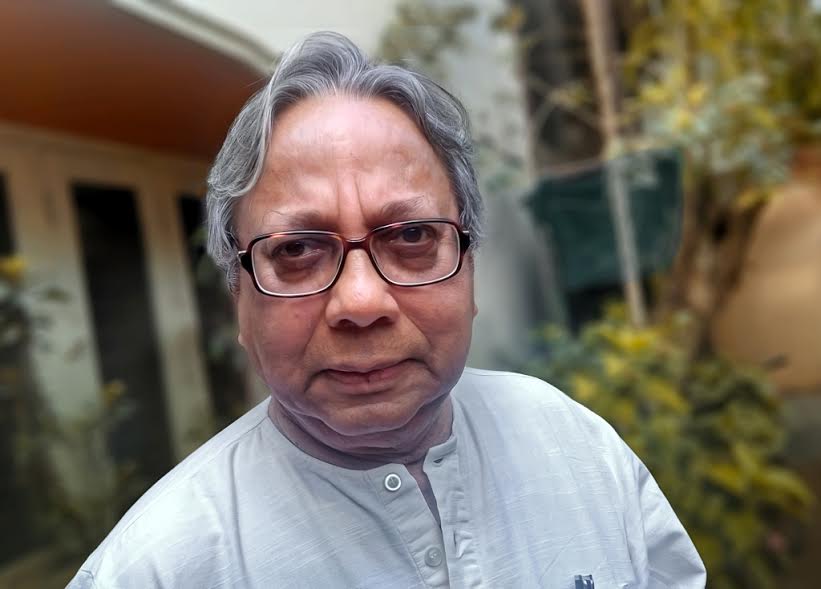 New Delhi: Odia poets Saqti Mohanty, Haraprasad Das and Monalisa Jena are among 45 poets from 15 Indian languages who will gather for a celebration of verses at the country’s first biennale of poetry beginning here on April 7 and organised by the Raza Foundation set up by the late illustrious artist Sayed Haider Raza.

VAK: The Raza Biennale of Indian Poetry has been conceived to be an “ambitious” project of the Foundation, spearheaded by Senior Hindi poet and former bureaucrat Ashok Vajpeyi, the Executive Trustee of the Foundation.

“We want to bring to the attention of the people of Delhi, the magic of poetry, not just in Hindi English and Urdu but also languages like Kashmiri, Assamese, Manipuri etc. For this inaugural festival, we are bringing in poets, both well known and those upcoming ones who have been recommended by stalwart poets,” says Vajpeyi.

Sahitya Akademi-award winning poet, essayist and retired civil servant Haraprasad Das, is among the five invited poets who will inaugurate the festival. He has 12 works of poetry, 4 of prose, three translations and one piece of fiction to his credit.

The other poets in the inaugural are Salma (Tamil), Nilim Kumar (Assamese), Ratan Thiyam (Manipuri) and Majrooh Rashid (Kashmiri).

“We would through this poetry feel, see and hear an India which is on the move, which is changing and inventing new imagination, which is accommodative and inclusive, which lives and celebrates plurality. An India which is plural and, by the same taken, timeless and enduring,” says Vajpeyi.

Besides readings there would be three panel discussions with writers and intellectuals on ‘Poetry as Freedom’, ‘Poetry as Memory’ and ‘Poetry as Conscience’. Keki Daruwala, Sitanshu Yashaschandra, and Shiv Visvanathan, Udayan Vajpeyi, Ashis Nandy, Ramin Jahanbegloo, Shamim Hanfi, Ananya Vajpeyi, Krishna Kumar, Apoorvanand, K Satchidanandan are among those participating in the seminars.

A special book edited by senior Hindi poet, Ashok Vajpeyi and art writer, Shruthi Issac containing poems by all the participating poets will be launched. All poetry living academics, students etc. from various universities and colleges are being invited to attend.

The poetry biennale is being entirely funded by late Modern Master, S.H Raza’s personal financial resources with no state or corporate assistance being sought, say organisers.

S H Raza, a widely acknowledged master of Modern Indian Art, was deeply interested in other arts specially poetry. Unusually he inscribed many lines of poetry in his canvases reviving a convention of miniature painting. These lines came from the Vedas, the Upanishads, Sanskrit, Hindi and Urdu Poetry and included Kabir, Tulsidas, Surdas, Ghalib, Mahadevi, Agyeya, Muktibodh, Faiz amongst others.

In his diary Raza used to note down many lines of poetry that he liked in Hindi, English, Sanskrit, French etc. The diary which ran in several volumes was appropriately named ‘Dhai Akhar’ (Two and A Half Letters) a phrase Kabir used describing love.

‘VAK’ as the Raza Biennales are to be called is conceived as a three edition event. The first one in 2017 centered on Indian Poetry, the second in 2019 featuring Asian Poetry and the third in 2021 (the birth centenary year of Raza) would be devoted to World Poetry.

“The triptych, as it were, would bring forth the rich plurality of voices, visions, resonances, memories, styles, languages, rhythms, innovations, structures, furious innovative verve etc. in sharp focus,” says Vajpeyi.

Hopefully the first biennale would affirm the vibrancy and vitality of contemporary poetic imagination as it manifests itself through different generations of poets, 45 in number belonging to 15 languages,” he says.