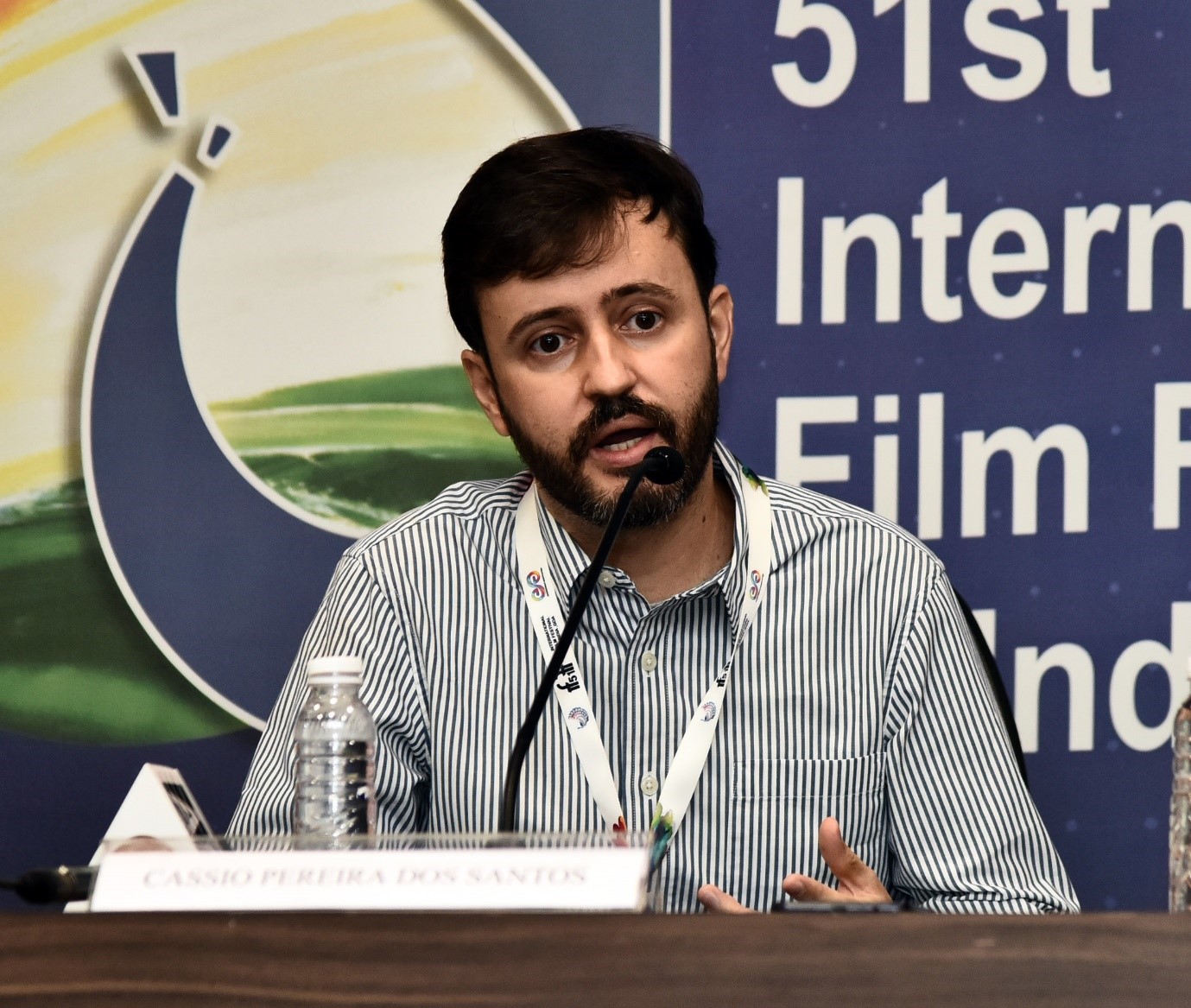 Panaji: “If we need to change the reality, we need to make the issue more visible. The reality of transgenders in Brazil is not upright. Due to ignorance, there are prejudices against them, they suffer huge biases, besides falling victims to hate crimes. Due to their different identity, many students drop out of schools as the environment there is hostile towards them. It a big issue in Brazil where there are a large number of people of the third gender. The urge to throw light on this social boycott they face led us to the making of Valentina. The film is our effort to change reality by making it more visible.” Cássio Pereira dos Santos, Director of the Brazilian movie Valentina was sharing the force which drove him to make the eponymous film which tells the story of a of a 17 year old transgender Brazilian girl, whose sole aim is to lead a normal life with her mother. The debut Director and script writer was addressing a press conference today, January 22, 2021 at the 51st International Film Festival of India, in Panaji, Goa. The film, which won the Audience Choice Award for Best Brazilian Fiction Feature at Săo Paulo International Film Festival, had its Asian Premiere at IFFI 51.

The film is a reflection of the real life hardships that a young transgender woman is forced to embrace and endure just because she is different. In her attempt to enrol in school using her social name, she tries to keep her real identity secret. But there comes a catch when the school demands her father’s signature, while she was being raised by a single mother. She eventually successfully overcomes all the hurdles to achieve her aim, the film tells how.

Santos revealed how he ended up making a film on this highly topical subject, of immense societal relevance. “The idea to make Valentina took birth seven years ago. After making eight short films, we were on the lookout for a subject to make a feature film and were doing intense research for the same. Our research led us to the reality that 80% of Brazilian transgender students drop out of school because of the social boycott they face. It never ends there. Lack of educational qualifications and consequent inability to access the job market force many of them into prostitution. This is a huge social issue in Brazil.”

Valentina’s role has been played by the debut actor Thiessa Woinbackk, who too is a transgender. Santos explained the motivation for this choice. “We felt this was required, for the emotions to come naturally. This decision was important, as the movie tells about the marginalisation they face.”

How did they find Thiessa Woinbackk for the role? Finding the right person was another long process, says Santos. “We invited entries from transgender girls, through social media, and received almost 50 videos. We finalised Woinbackk since she was a YouTuber, who was already familiar facing the camera. We are really happy with the result; we are getting rave reviews about her performance.”

Thanking IFFI for premiering the film, the Director said: “For the first time, I saw my movie on a big screen at IFFI and that was very special for us. We came from Brazil to see Valentina here.”

Director Santos studied cinema at the University of Brasília, where he directed fiction and documentary projects. His works have been selected at several international film festivals. He has received more than 50 awards. Following the encouraging success of Valentina, he is currently working on his second project.

University of Bristol: Women invited to join study into nutrition advice in pregnancy

University of Bristol: Future of mathematics on global stage looks brighter thanks to £20 million funding boost