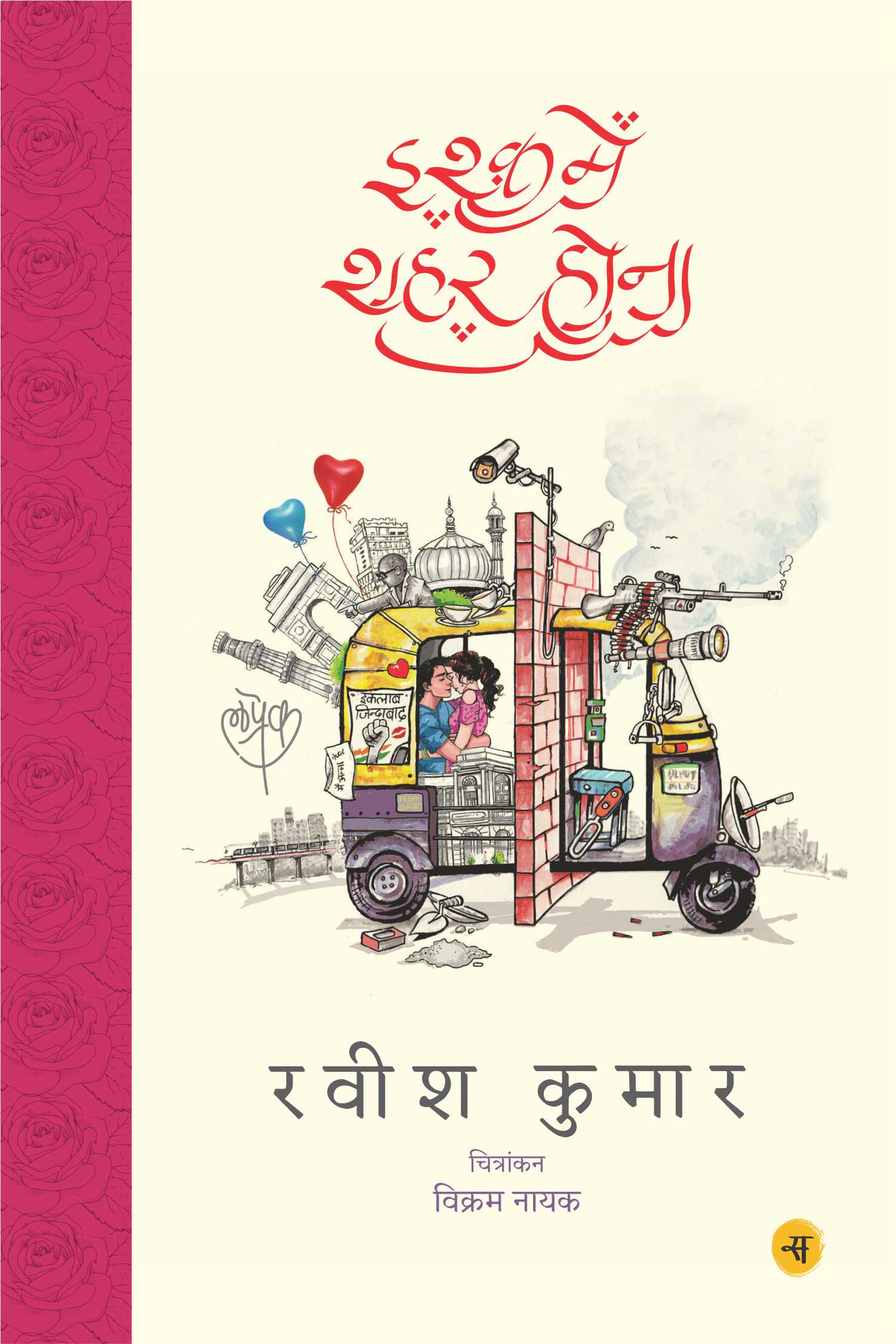 New Delhi:  The Valentine’s Day Edition of renowned journalist Ravish Kumar’s famous book ‘Ishq Mein Shahar Hona’ ‘ has been published. This unique collection of short love stories have been exceptionally popular among readers ever since it was first published in 2015.

In view of its ever-increasing popularity and its demand especially among the younger generation, Rajkamal Prakashan Samuh has published this limited special edition.

The valentine version of ‘Ishq Mein Shahar Hona’ is hardbound and Ravish has written a new preface for it. In the preface Ravish says, ‘we have seen love only as a possibility’. He asserts that the book should not be with the readers as mere ruins in the history of love in India. Further, he suggests making one’s city worthy of love and making one’s society worthy of love.

Referring to the anti-love mentality in the society at present, he has written that today the Anti-Romeo squad of the police investigates the people. Love has been made a crime under the pretext of stopping molestation.

A cultural-communal wall has been built in the name of Love Jihad. Ravish calls for saving love in such an environment.

Ashok Maheshwari, Managing Director of Rajkamal Prakashan Samuh, said, Ishq Mein Shahar Hona, is such a book whose short stories on love has become popular in Hindi as an independent genre called ‘Laprek’. He said this book has gained a cult status among the youth and young generation, people who feel love and the beat of the city. Till now it has been published in paperback with thirty-three thousand copies sold. It is worth noting that this book of Ramon Magsaysay Award awardee Ravish Kumar has been translated and published in English. This year it is also going to be published in Urdu. It consists of illustrations by famous illustrator Vikram Nayak. Its Valentine edition is  available in the market now .