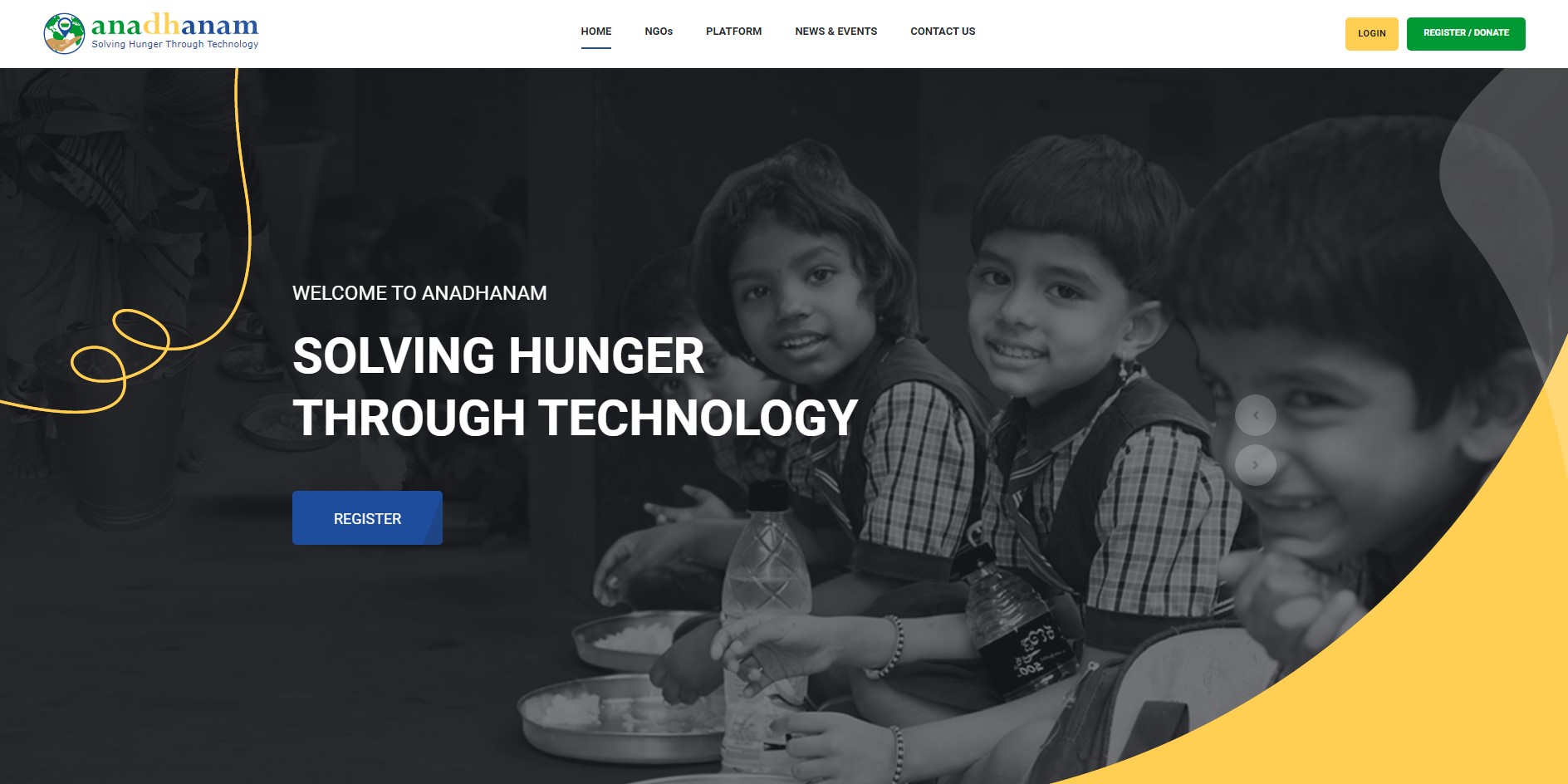 Bengaluru: There are 795 million people hungry in the world today. India accounts for the largest share, with 200 million people hungry. On the World Hunger Index, India ranks 102 among 117 countries. Even our neighbours rank ahead of us viz. Sri Lanka at 66 and Bangladesh at 88.

Nearly 1.3 billion tonnes of food is wasted globally each year according to the United Nations. This wastage is a whopping one-third of the total amount of food produced. The UN notes that this amount of food could feed more than four times the number of people who go hungry every year.

While these numbers are constantly on the rise, Chocko Valliappa, the managing trustee of Valliappa Foundation and the Sona Valliappa Group, decided to do his part to address the issue.

Valliappa, a serial technology and social entrepreneur, and Vice Chairperson of Sona College of Technology, has come up with an innovative and modern approach.

Anadhanam is a digital platform that would connect NGOs and government agencies globally with commercial and retail food waste sources – all stakeholders in the surplus food recycling movement. The platform has been readied by the Valliappa Foundation with an aim to provide a robust technology backbone that would amplify the efforts of both the private NGOs and institutions, as well as government agencies.

Anadhanam will not only identify hunger hotspots and Below Poverty Line (BPL) zones but will also help government agencies quantify efforts geographically. The platform will boost NGO efforts by supporting them and connecting them effectively to each other and to other agencies.

In India alone, there are more than 25 national NGOs and numerous other regional agencies working in the food recovery and redistribution area. If their connection to each other would be well established, the collective efforts would be much more effective and seamless across all areas.

“One of the main lessons the COVID-19 pandemic has taught us is to care for the community,” said Chocko Valliappa, sharing his thoughts behind the creation of such a platform. “Anadhanam has a central ‘hunger hotspots’ and BPL map, and provides a central database of national volunteers through web and mobile applications to NGOs,” he shared.

“Not only this, the platform is also capable of effectively creating cause-driven campaigns and events to spread awareness and raise funding. Through Anadhanam, we can also facilitate implementing food nutrition and security policy efforts for both international and national government agencies,” added Valliappa.

NGOs in this space would find the digital platform useful for conducting their operations (identification of spots, collection, logistics, volunteering) seamlessly in one place, connecting their employees and stakeholders.

On the other hand, the application will also let food donors alert NGOs in the event of excess availability of food.

“Our vision was to help accelerate global efforts in feeding the hungry through food waste recovery and redistribution. We recognised that this can be done by creating a national network and providing NGOs with a robust digital platform to connect, collaborate and co-ordinate without hassles. Following these national efforts, we aim to connect and coordinate international efforts,” shared Valliappa.

Some facts and figures:

• 1.3 billion tonnes of food is wasted every year around the world, which represents one third of global food.

• 40 Kilos of food is wasted per person per year in India.

• Economic cost of wasted food is about a $ 1 trillion each year globally.

• The total amount of wasted food generated every year could feed more than four times the 795 million poor people who go hungry.

On the entrepreneurial side, Chocko runs Vee Technologies, a global services company focused on Healthcare and Engineering design.

To solve the recruiting problem of students in rural areas Chocko has also founded a social company HireMee that conducts online proctored tests and assesses the graduating students for free.

Chocko believes in utilizing knowledge to solve real-life problems and has enabled his students to do the same. During the current pandemic, the VeeTrace app idea was worked with Students and is being used to control the virus’s spread. This initiative by Sona College won the AICTE Vishwakarma 1st prize in a challenge posed to institutions by the AICTE to help combat Covid-19.

He has played a vital role in uplifting women entrepreneurship in rural areas through the Woman Technology Park, he set up at Sona College of Technology, Salem, along with the Department of Science and Technology, Government of India.

“I’m just doing my duty to do good for the people, improve their lives, and create a better tomorrow,” says Valliappa.

Upsurge in the Demand of Chartered Accountants by 37% inspite COVID