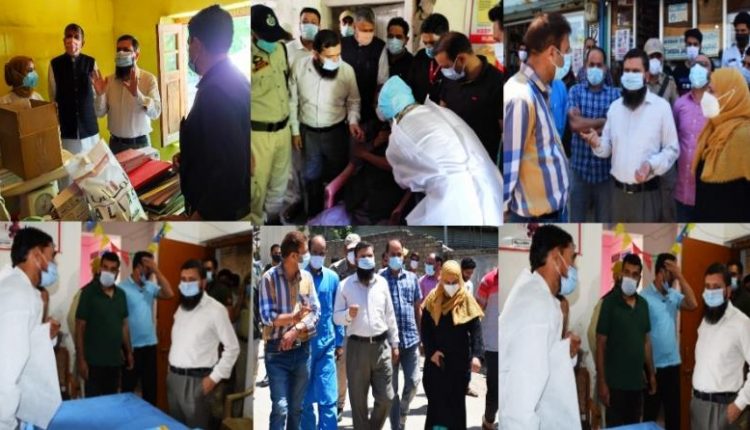 Later, the Deputy Commissioner inspected vaccination centres at District Hospital Handwara, Uchar, Magam, Wadpora and other places. He was accompanied by CMO Kupwara, CEO Kupwara and other concerned officers.

At Panchayat Ghar Nutnussa, Deputy Commissioner chaired a joint meeting of officers and PRIs in which the measures for boosting the vaccination were discussed.

The Deputy Commissioner expressed satisfaction over the current pace of work and stressed upon the officers to ensure cent percent achievement of the vaccination target in the district.

He directed the concerned officers associated with the vaccination process to remain available at their respective place of duties and submit geo-tagged photographs of their activities to his office.

To ensure completion of the target, the Deputy Commissioner himself was closely monitoring the whole process of vaccination along with CMO and other concerned officers.

Anantnag receives appreciation from MoSJE for commendable work under NMBA