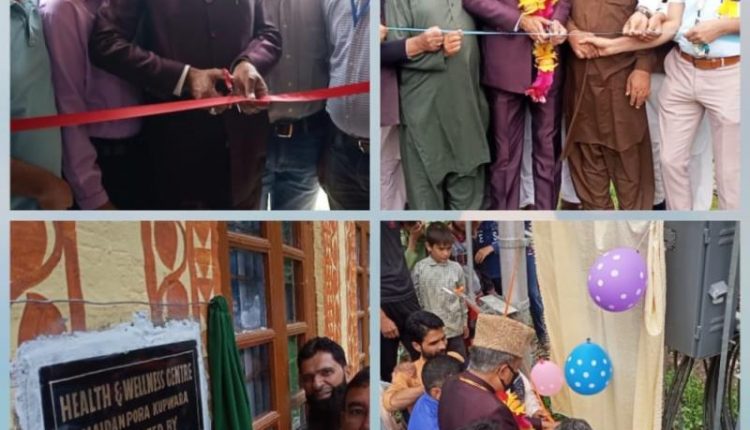 On the occasion, he told people that due to damage of head of this Khoul by heavy floods the farmers suffered a lot and for their quick relief he took the matter with the Deputy Commissioner Kupwara Imam Din who himself visited the site and released some amount from SDRF and RDD for quick renovation/Construction of head of the said Khoul.

The V.C told people that issues of Khouls including water storage tanks have been taken up with higher ups for their construction and looked after by the Irrigation department.

He also inaugurated five pending transformers which were installed a few years ago In Lone Mohalla, Mir Mohalla, Sood Mohalla, Chowkidar Mohalla and Phamda Mohalla of Gagal Lola. AEE PDD, AEE R&B, JE’S and other staff members of PDD and R&B besides locals were present on the occasion.

The locals put forward their issues and grievances to the Vice Chairperson who gave patient hearing to them and assured that he will take up their genuine demands and issues with higher ups and resolve them within a stipulated time.

He intimated the MD KPDCL about the other thirty Transformers of whole Lolab which are still pending. The MD assured VC that within a short span of time all the thirty pending Transformers of Lolab will be commissioned.

Later, the Vice Chairperson along with Officers of Youth Services Sports Kupwara inspected Allama Anwar Shah Stadium Kuligam Lolab in presence of dozens of local youth. Mir told people that an amount of 1.4 Cr. were sanctioned for the construction of said Stadium of which 20 lacs were released this year and work shall be started within a short span of time on it.

Various Senior workers and PRIs accompanied the Vice Chairperson during the visit.